Road trip along the rocky west coast of Corsica

I have been on a press trip and what a fantastic one! Before the invitation landed in my mailbox, I did not know much about Corsica as a tourist destination. Or that Corsica could be something for me. But a google search quickly revealed the most beautiful photos of steep mountains and rocky shores. Corsica is best known for its beautiful beaches on the east coast, but the island mostly consist of mountains. The west coast is rocky and dramatic. The mountains in the middle of the island are so high that you can go skiing in February and March. It is also here you will find one of the finest and toughest hiking routes in Europe – the 180 km long GR20 across the peaks of Corsica.

Corsica is the French version of a Mediterranean island, but the atmosphere is very laid back Italian. This makes perfectly sense since Corsica is located just south of the Italian island Sardinia. Two thirds of Corsica is a protected nature park and a large part of the coastline is also protected.

Our trip started in the capital Ajaccio and our route followed the rocky and dramatic west coast across the mountains to the city of Calvi. I had the pleasure of being in great company with the two Swedish bloggers Towe and Clara.

The tour started in the capital of Ajaccio – a beautiful old town. We strolled through the streets to the old citadel, past the house where Napoleon Bonaparte was born and visited the local food market where we could find an abundance of Corsican specialties. 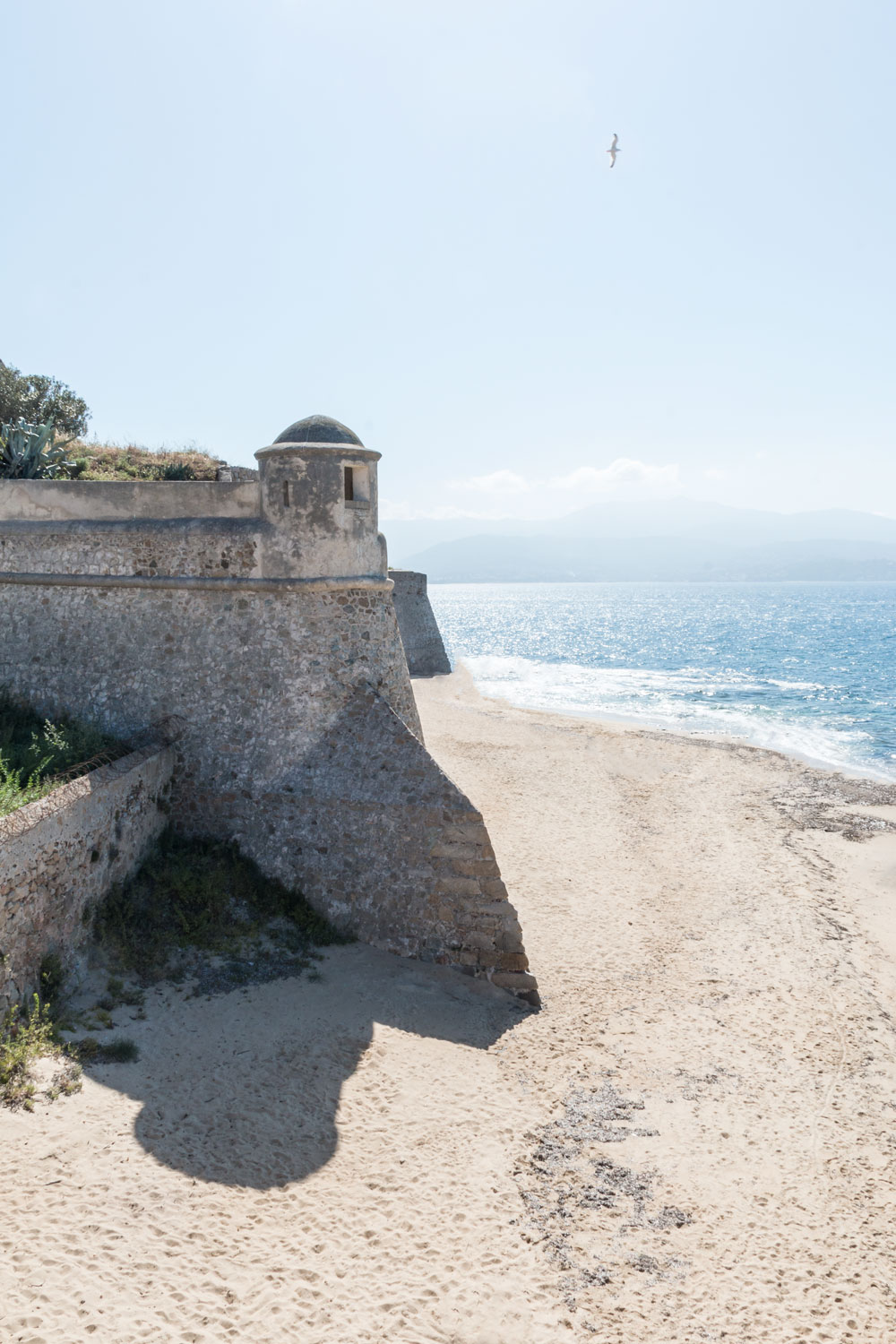 The citadel in Ajaccio 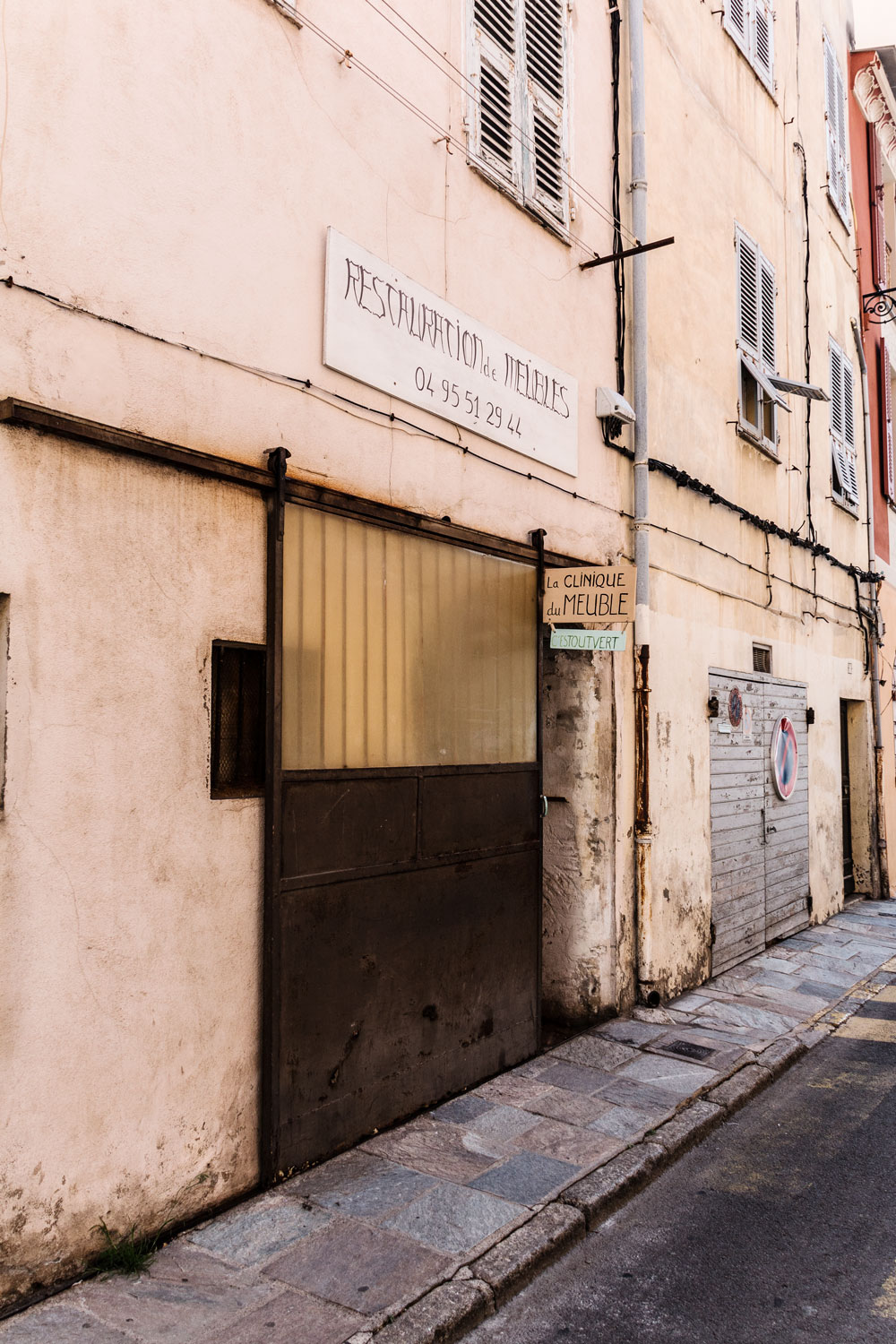 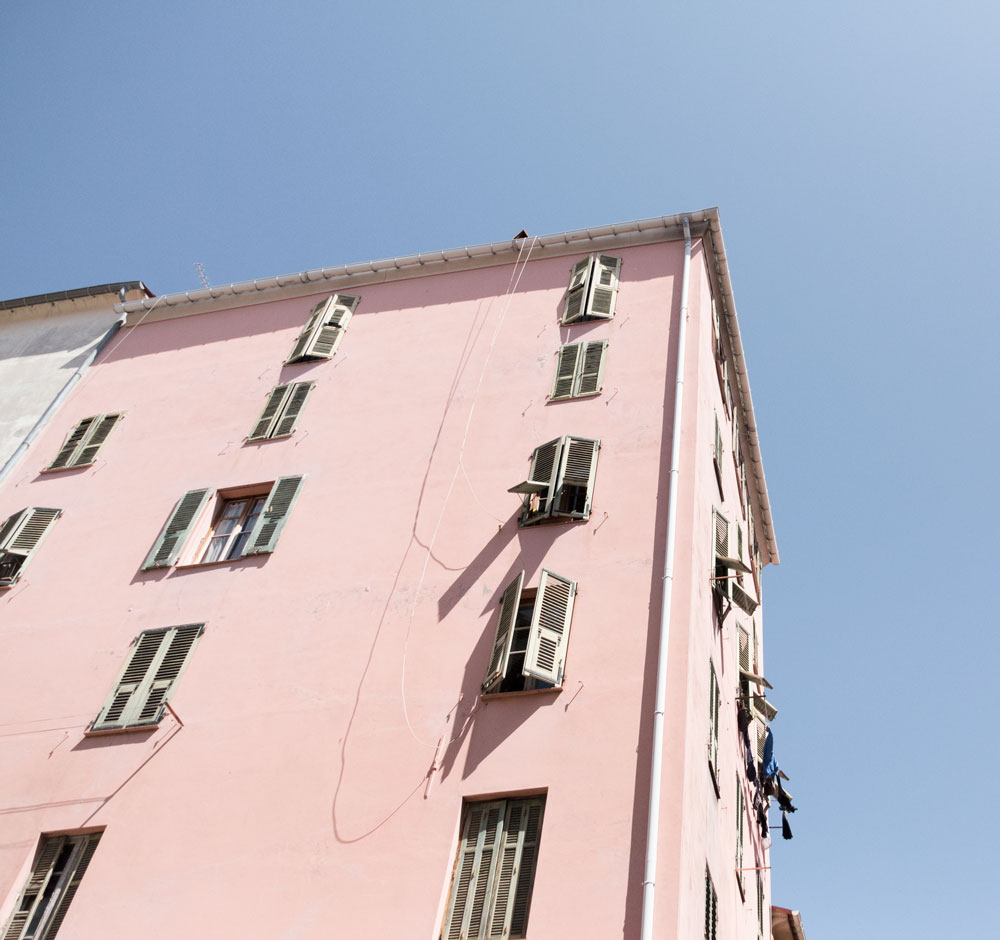 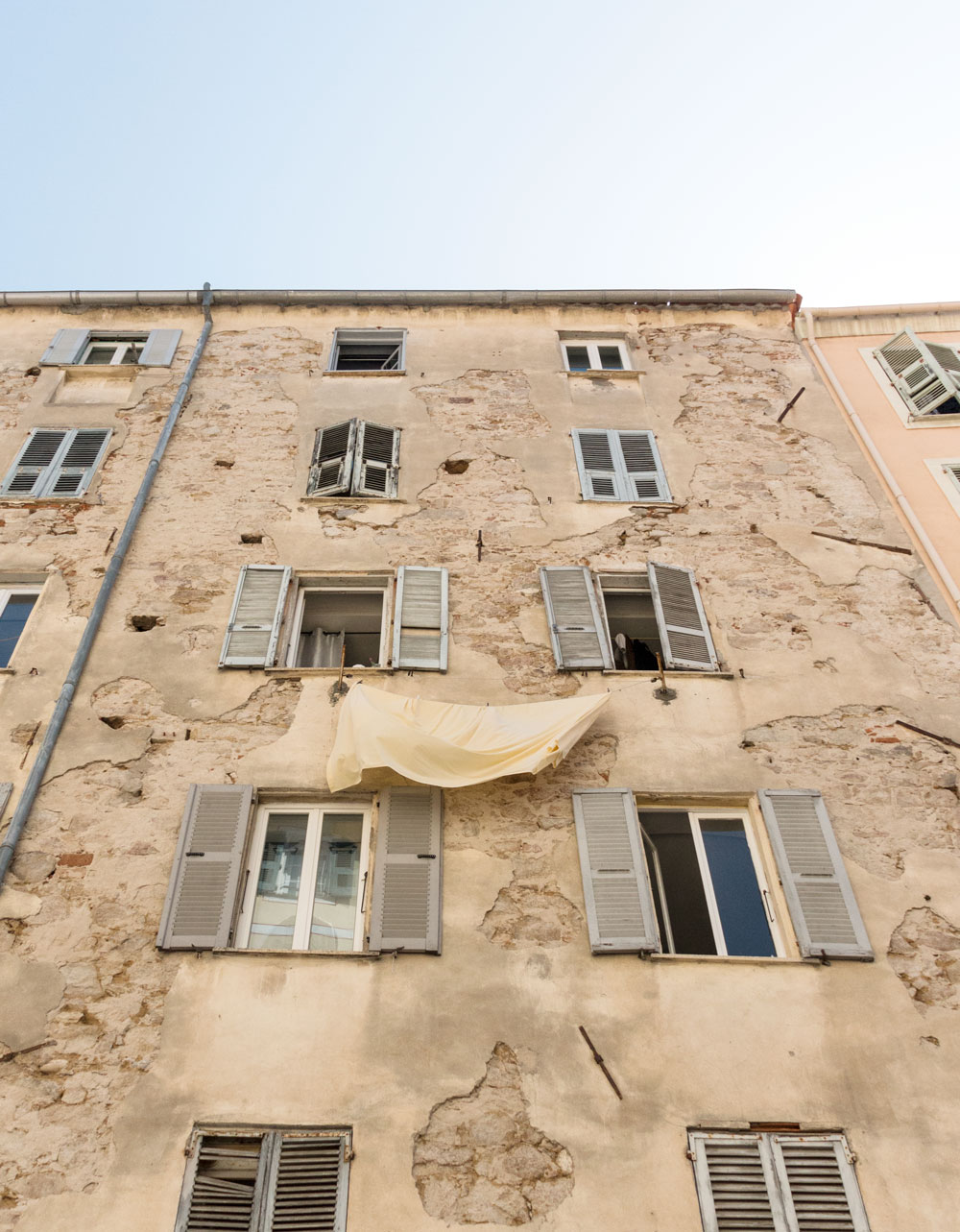 Beautiful decay and pastel coloured houses in the streets of Ajaccio 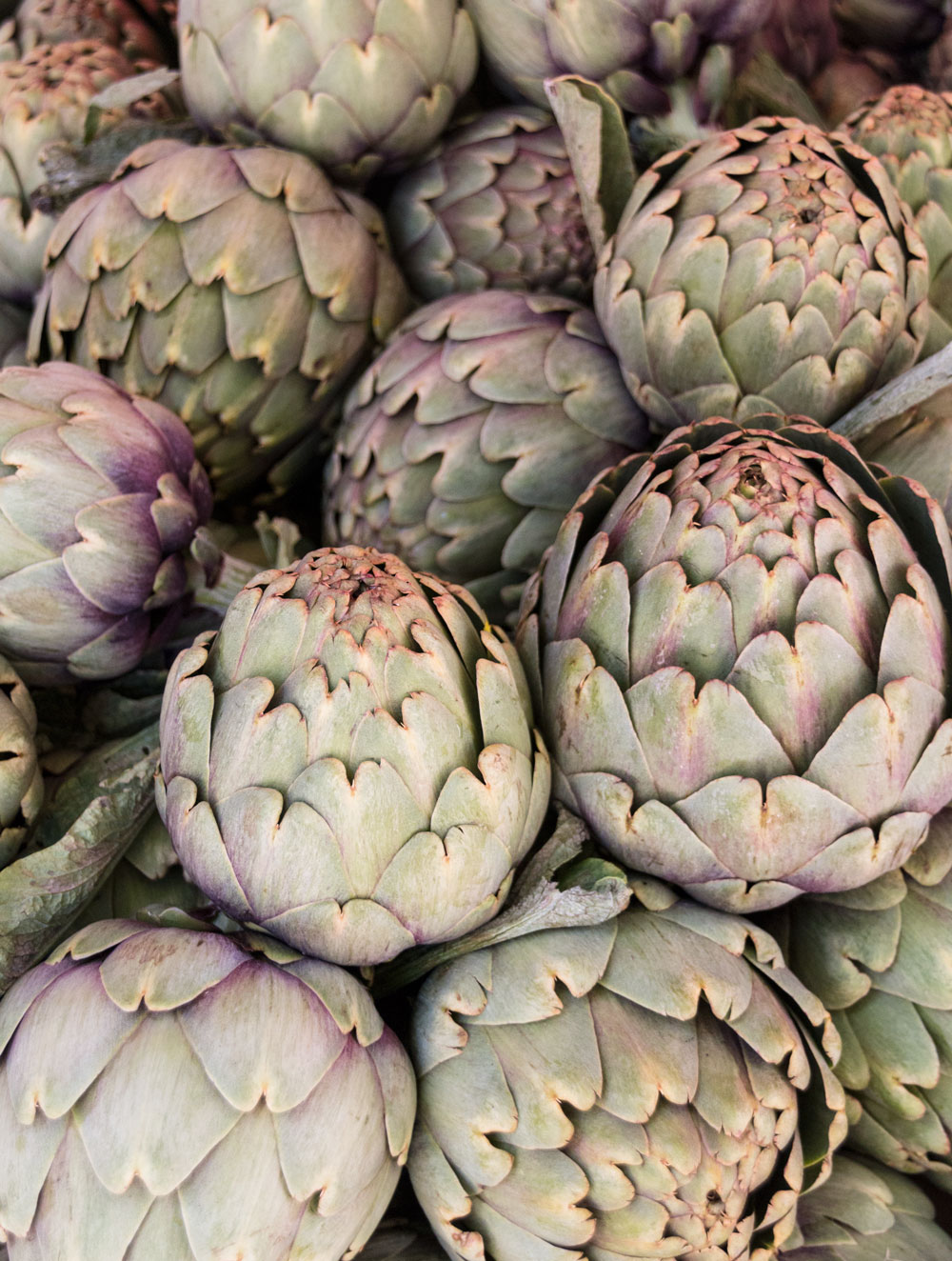 12 km east of Ajaccio is Pointe la Parata – a rocky peninsula overlooking îles Sanguinaires (the Bloody Islands). Taking a walk here is really a must! On top of the cliffs you will find one of the many ancient Corsican guard towers that used to protect the island from pirates. From the tower there is a beautiful view of the entire peninsula and the scenery almost resembles Scotland or the Faroe Islands. Just with a much friendlier climate! 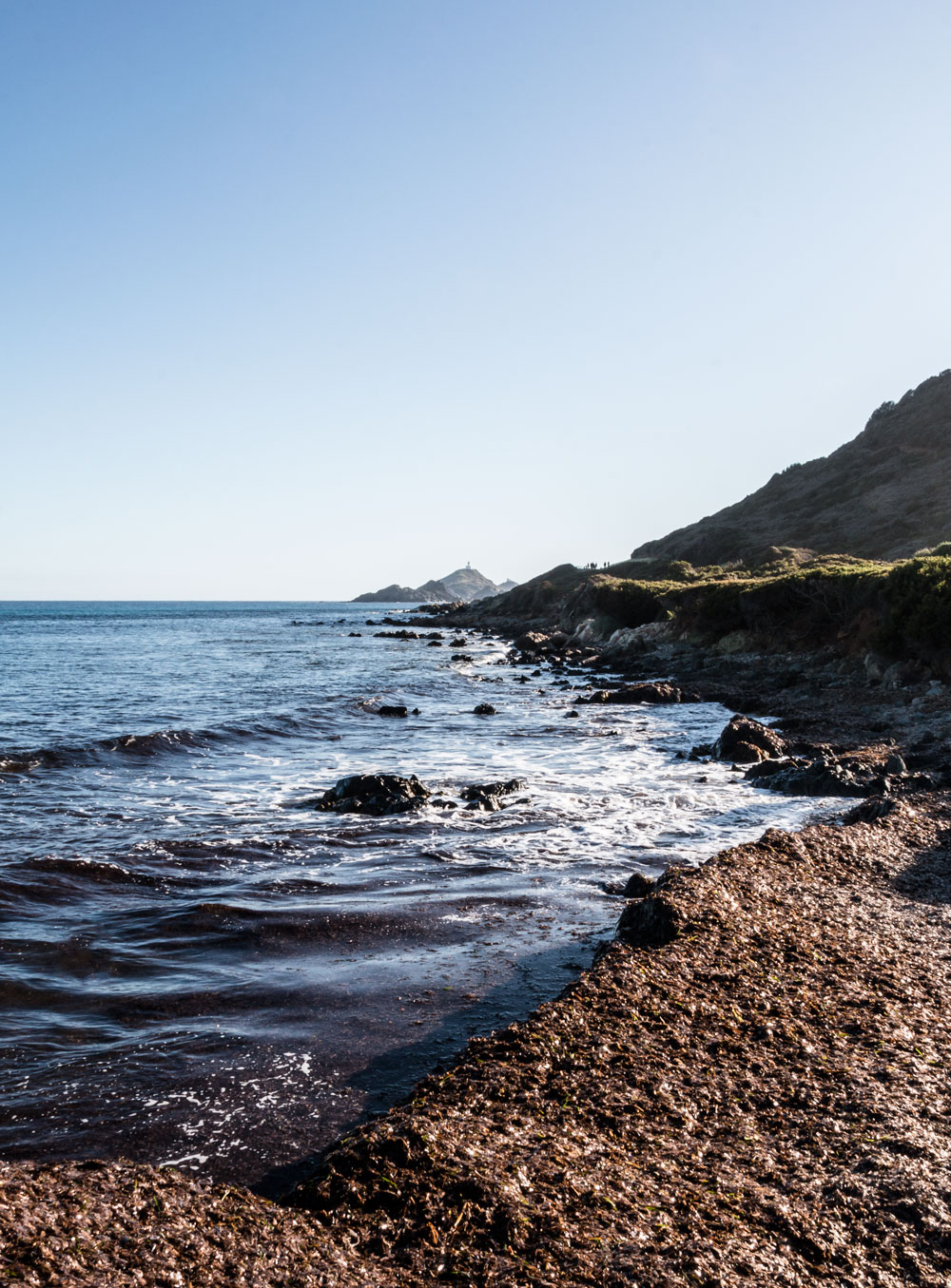 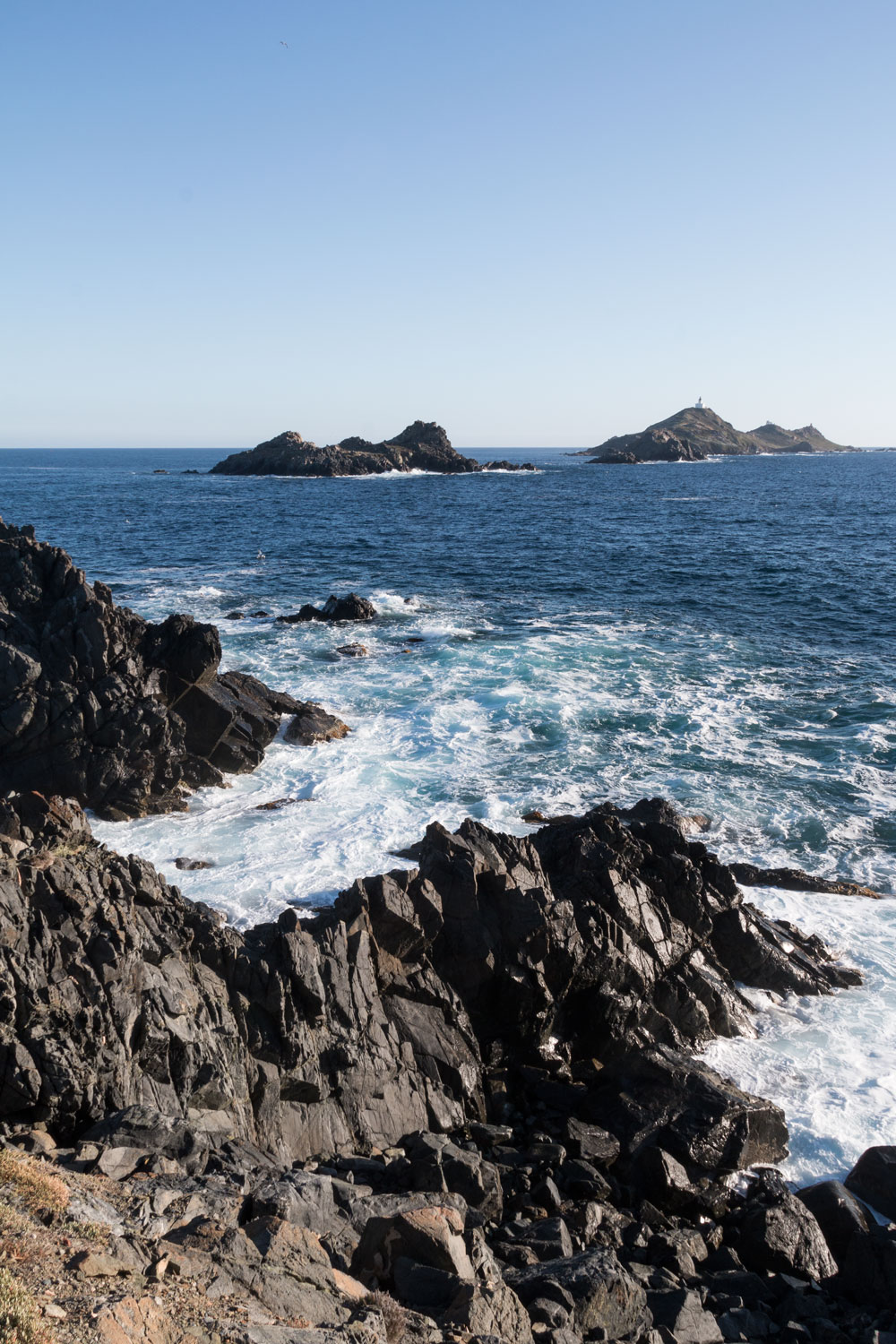 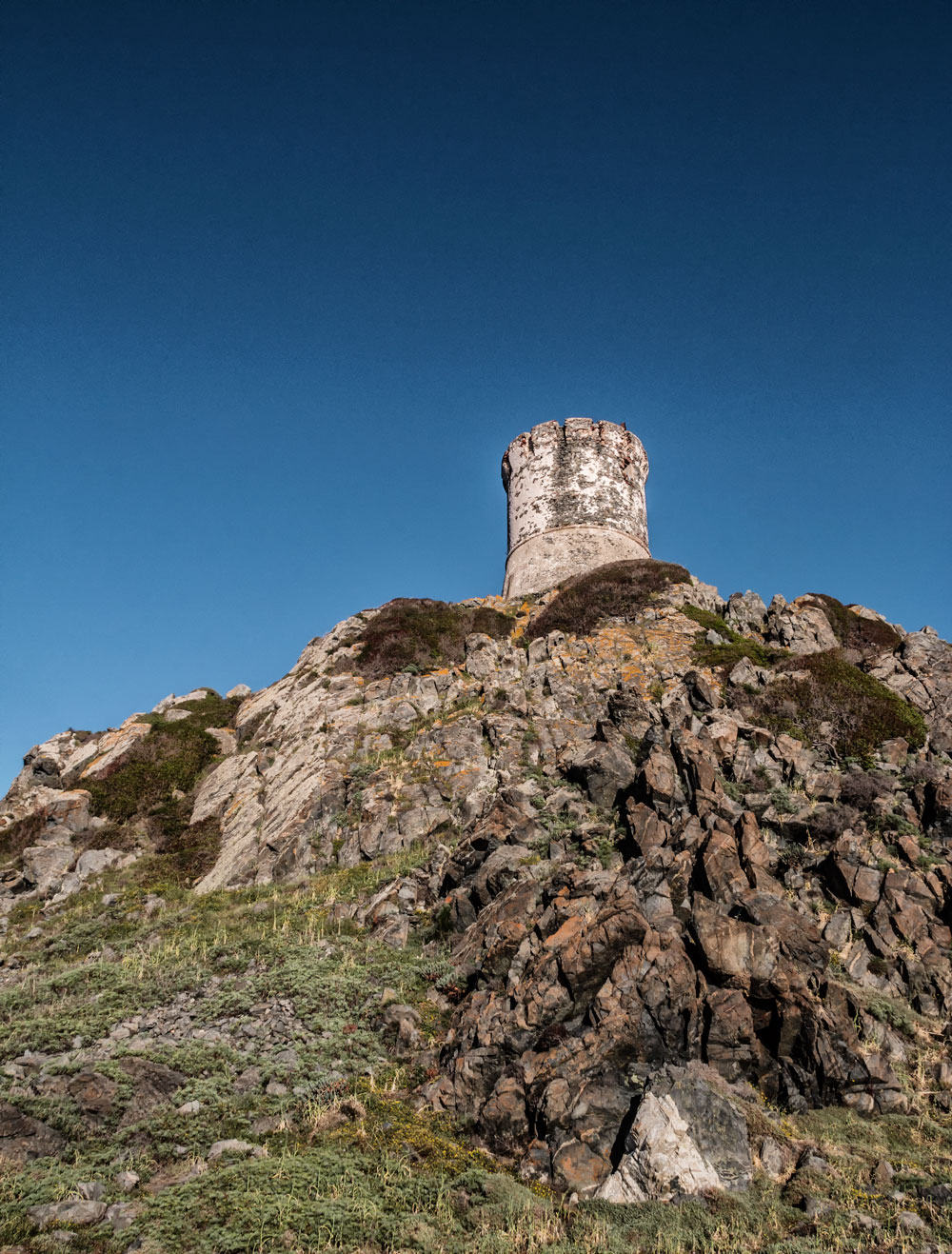 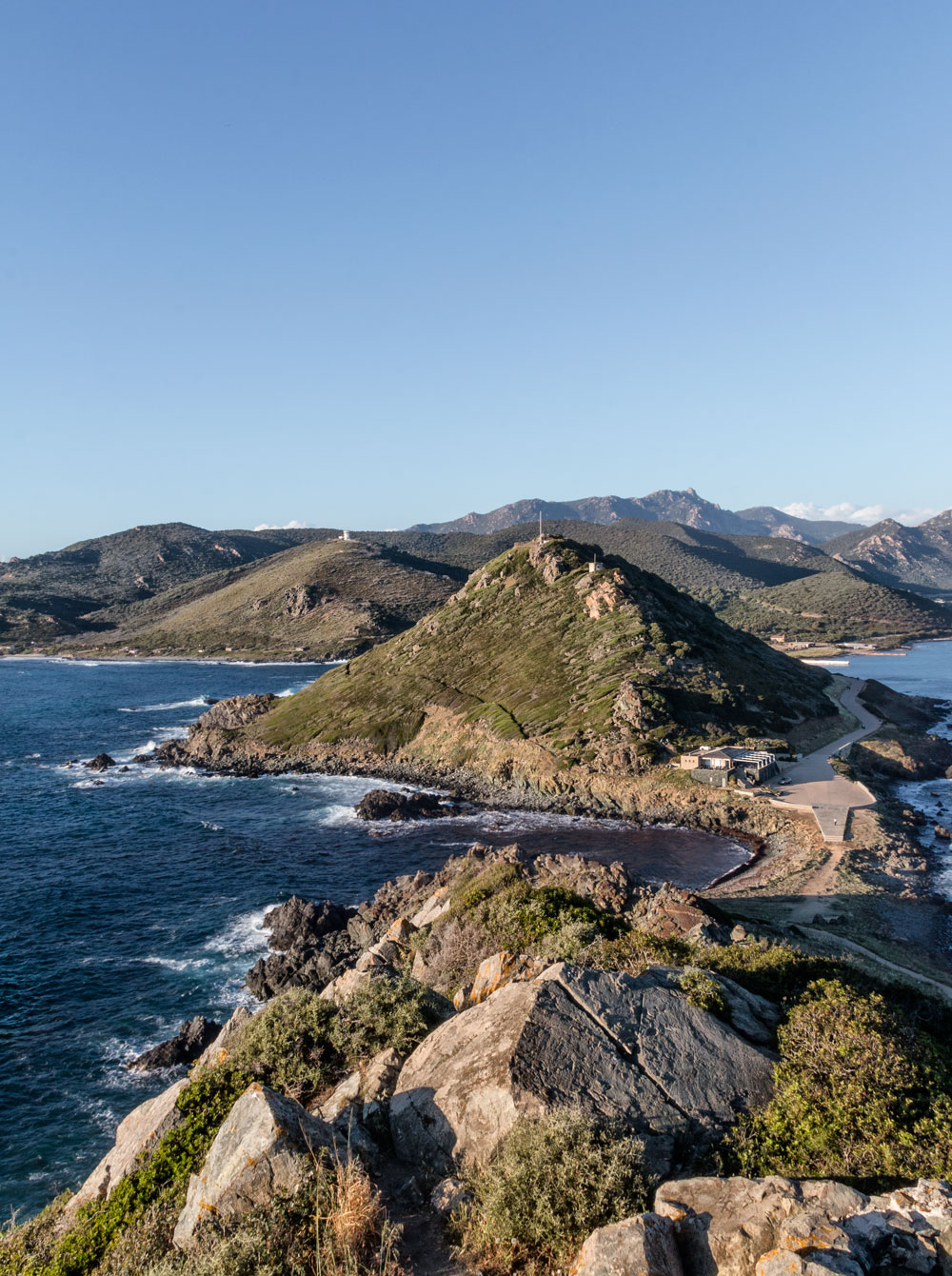 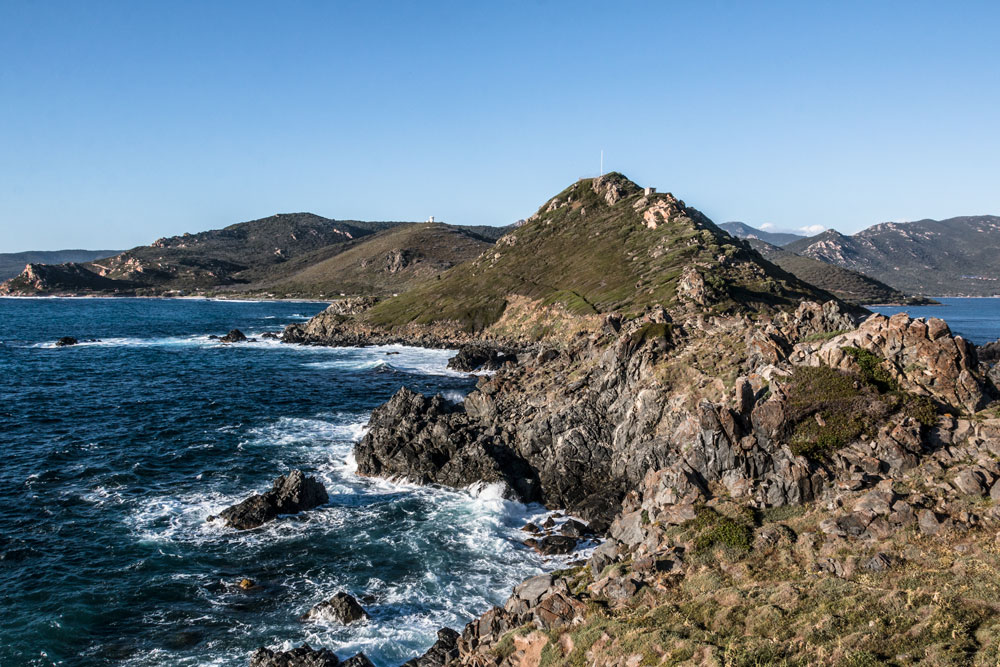 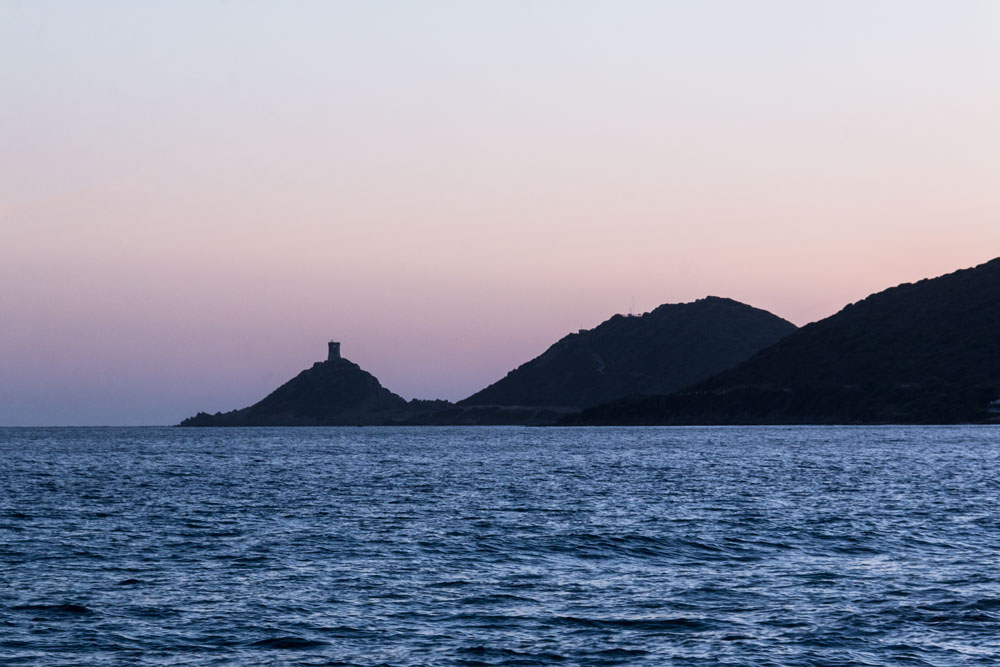 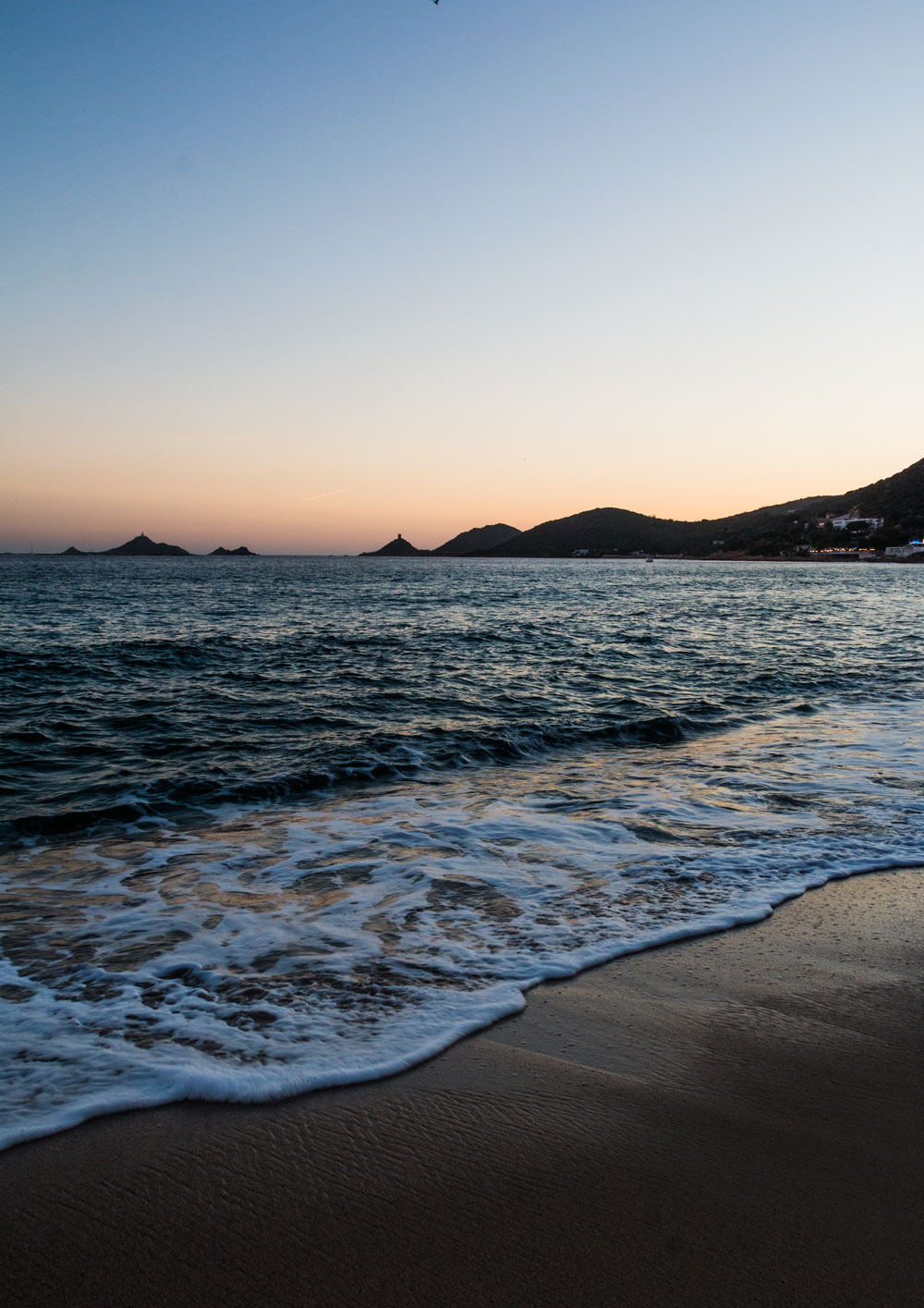 We were served with Corsican dishes at the restaurant Le Week-End, while watching the sun set over La Parata in the distance. An excellent end to our first day in Corsica.

The next day we drove along the west coast of Corsica through lush mountain landscapes and admired the wild vistas with turquoise blue lagoons. We had a stop in the small town Cargese, with flowery gardens, colorful houses and probably the world’s best lemonade! 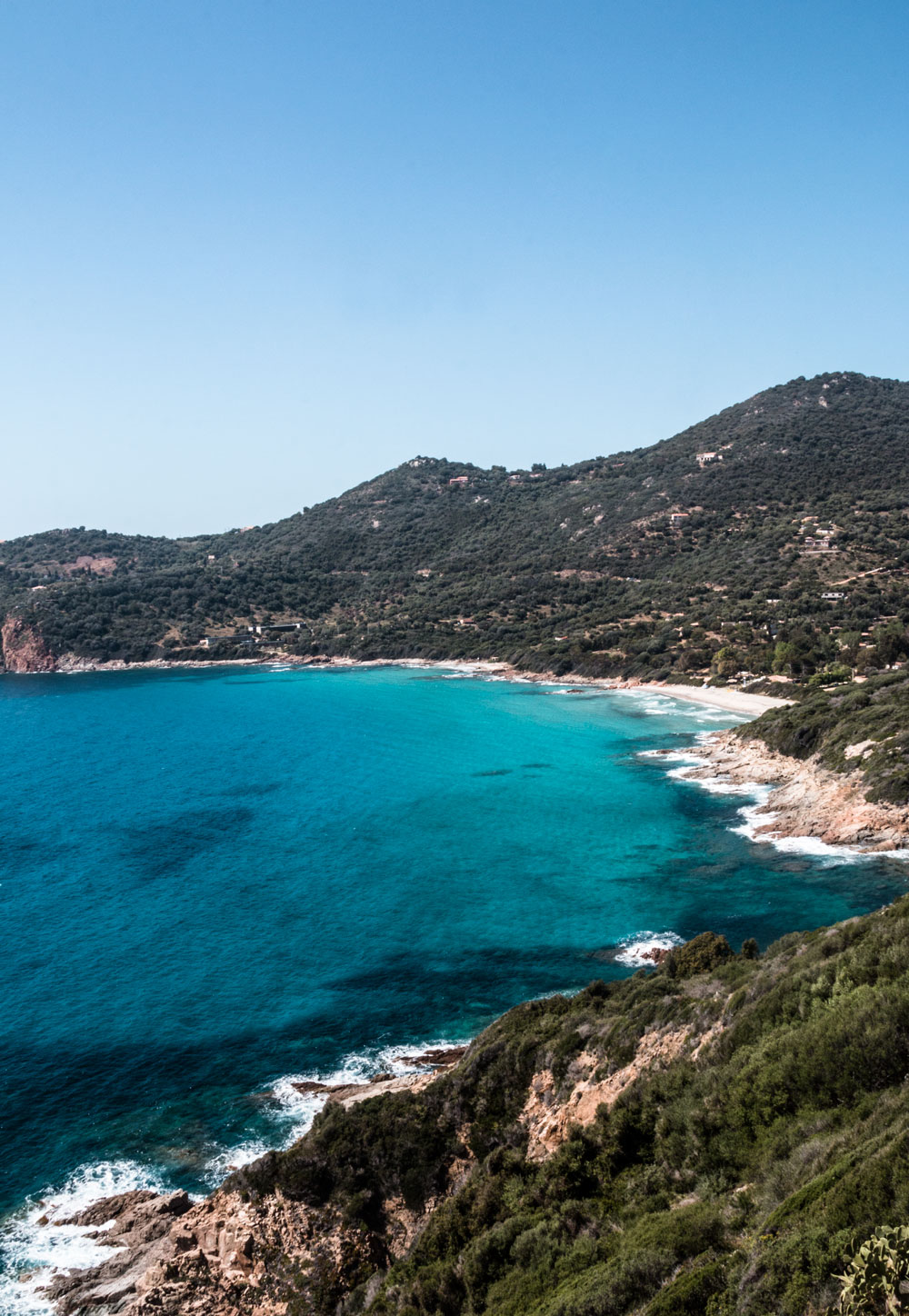 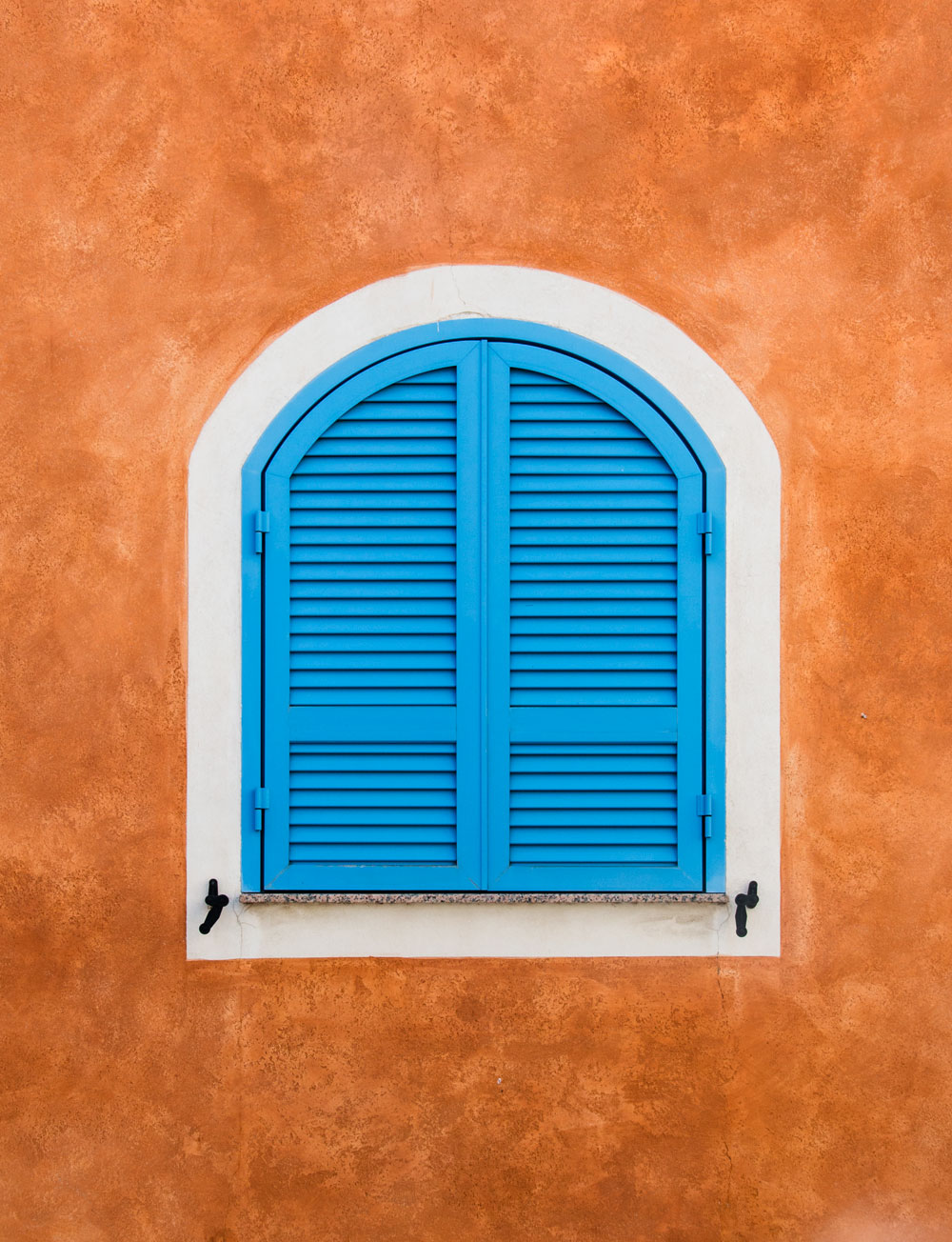 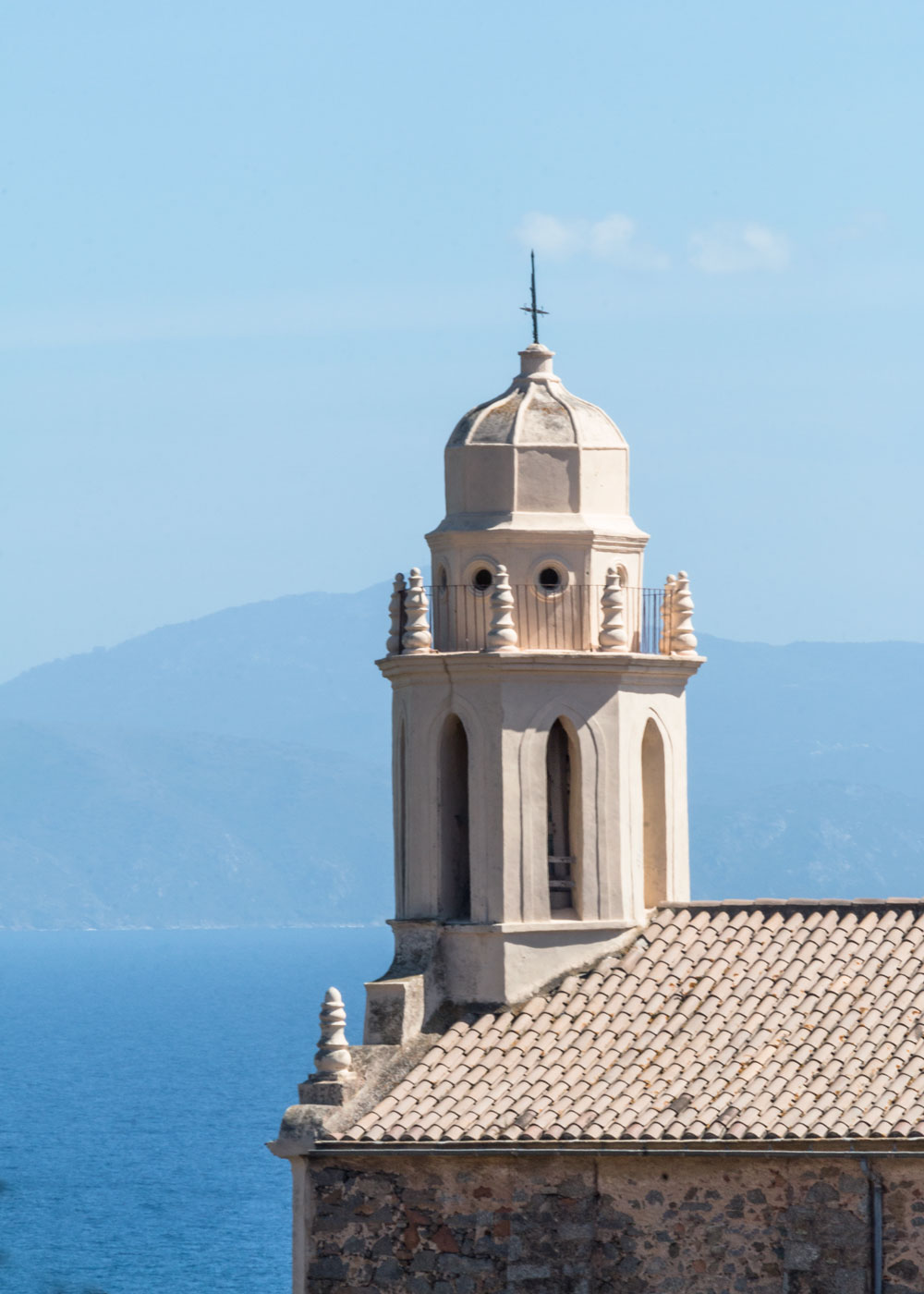 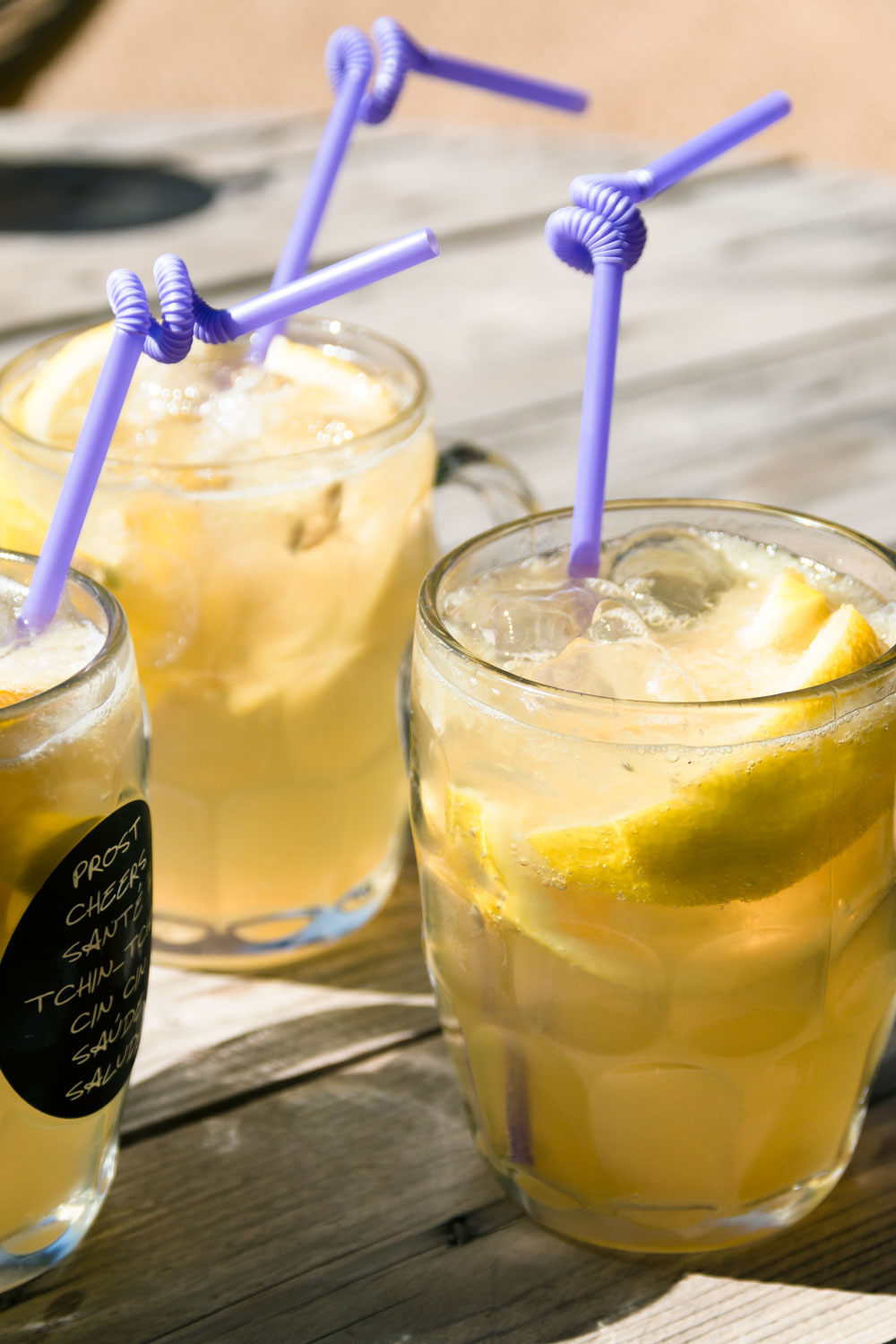 Cool homemade lemonade – exactly what you need on a hot day at the Mediterranean. 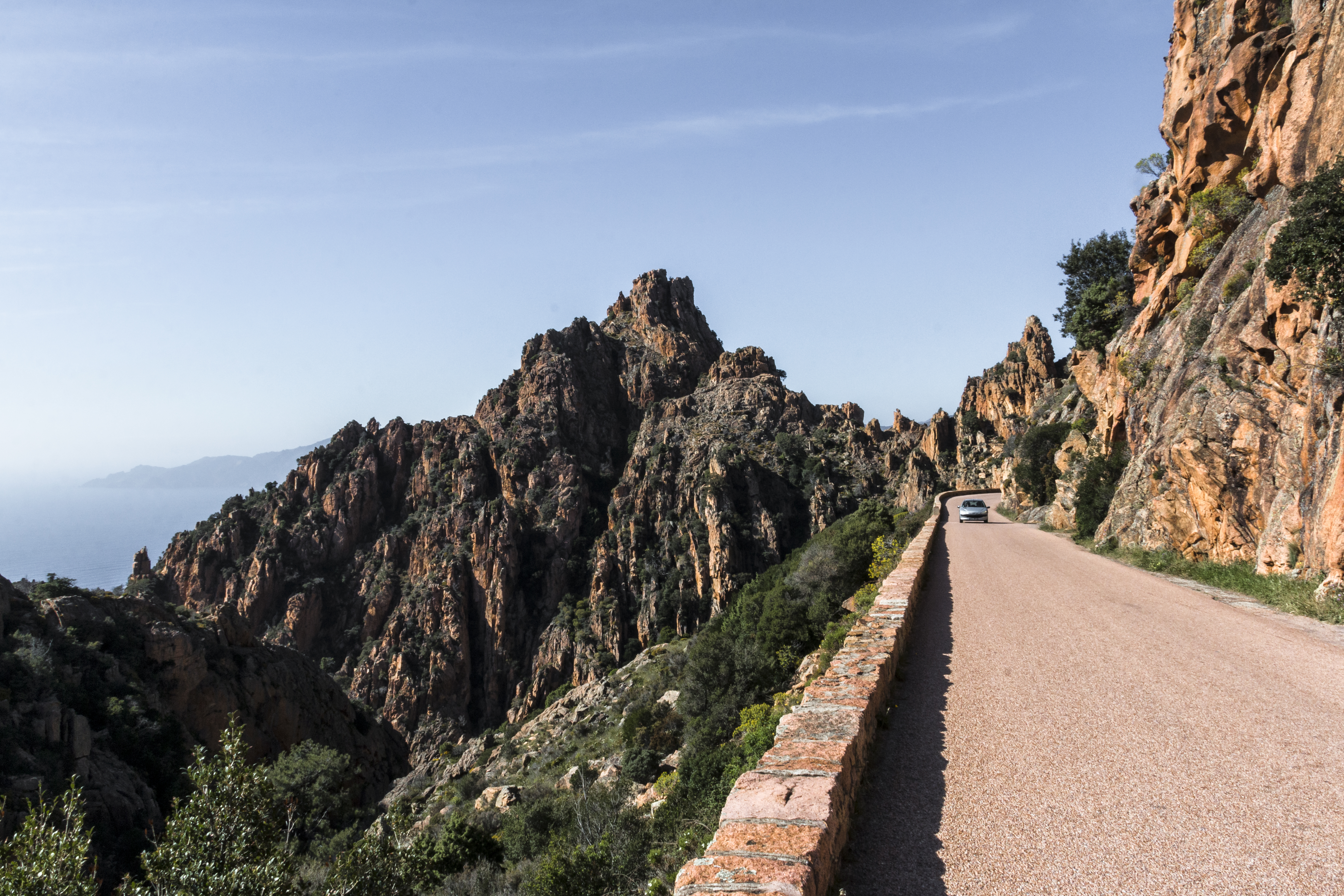 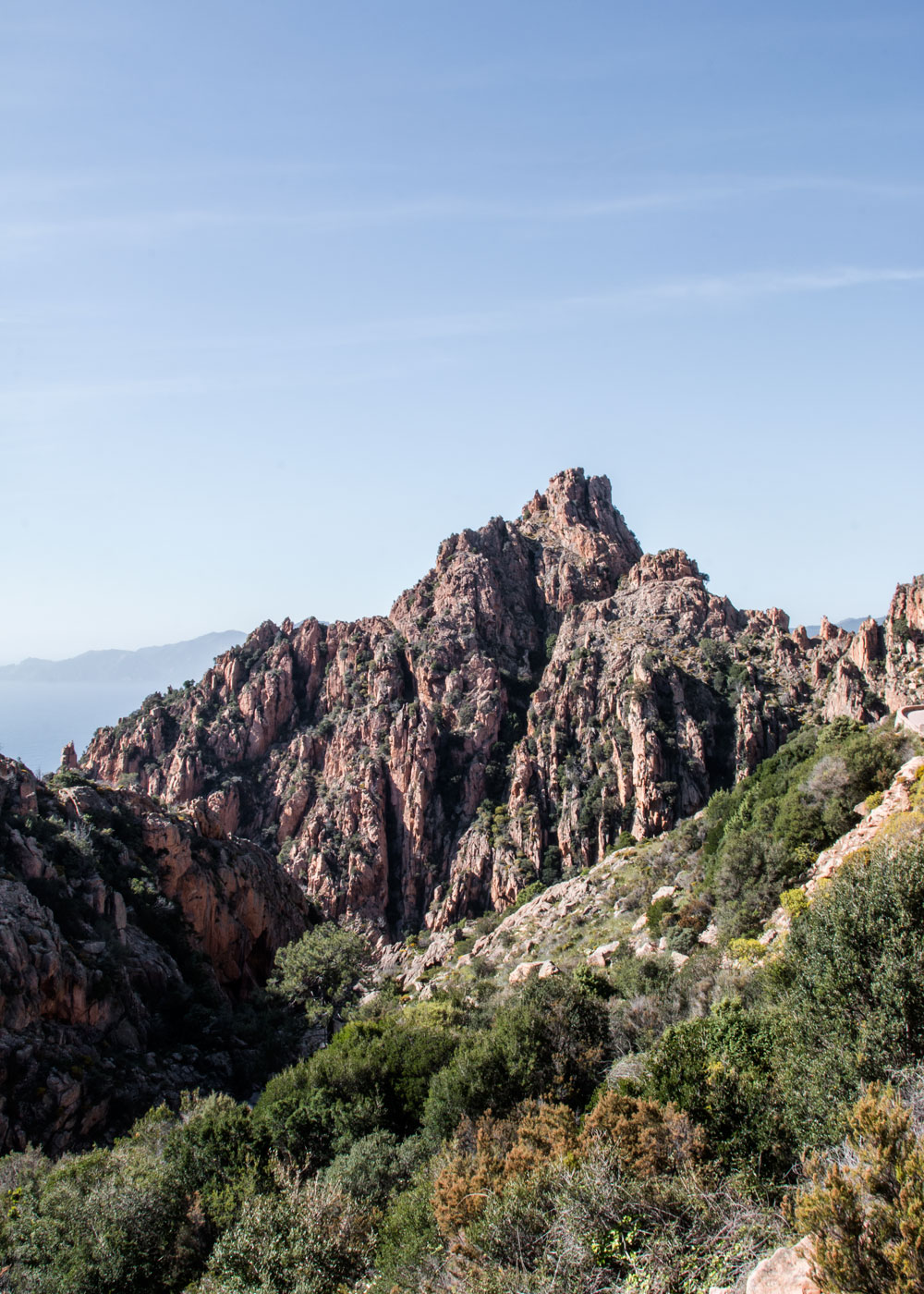 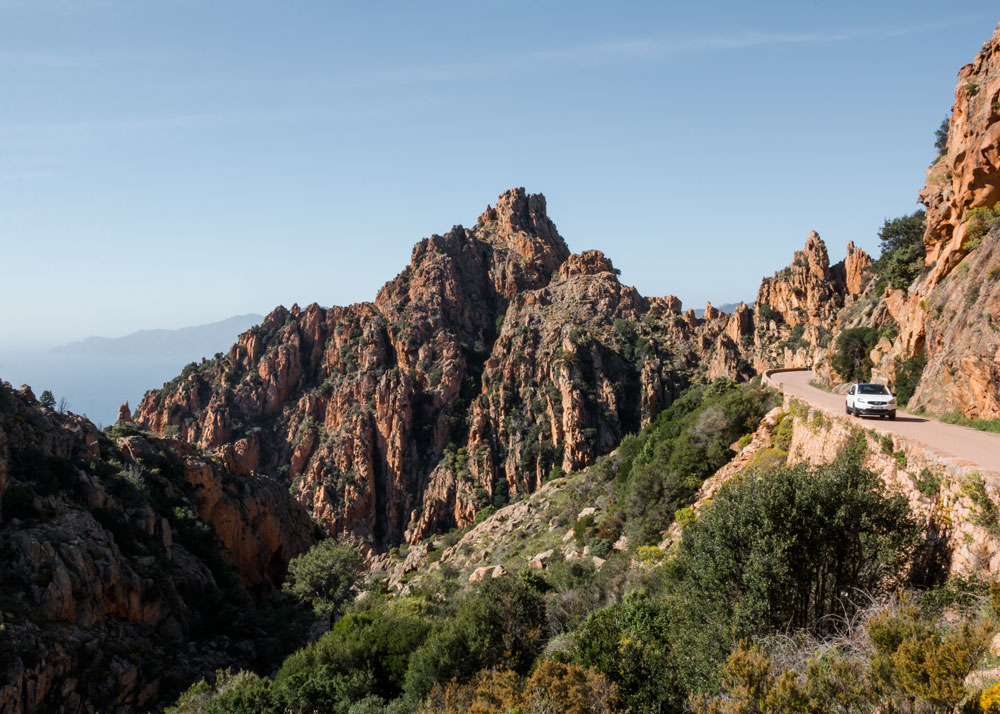 We stayed in the small town of Piana, which is situated a few kilometers from Les Calanches. A beautiful little mountain village. In Piana we stayed at the hotel Roches Rouge with the most beautiful view of the sea and the mountains. The hotel reminded me of an old fashioned manor house. 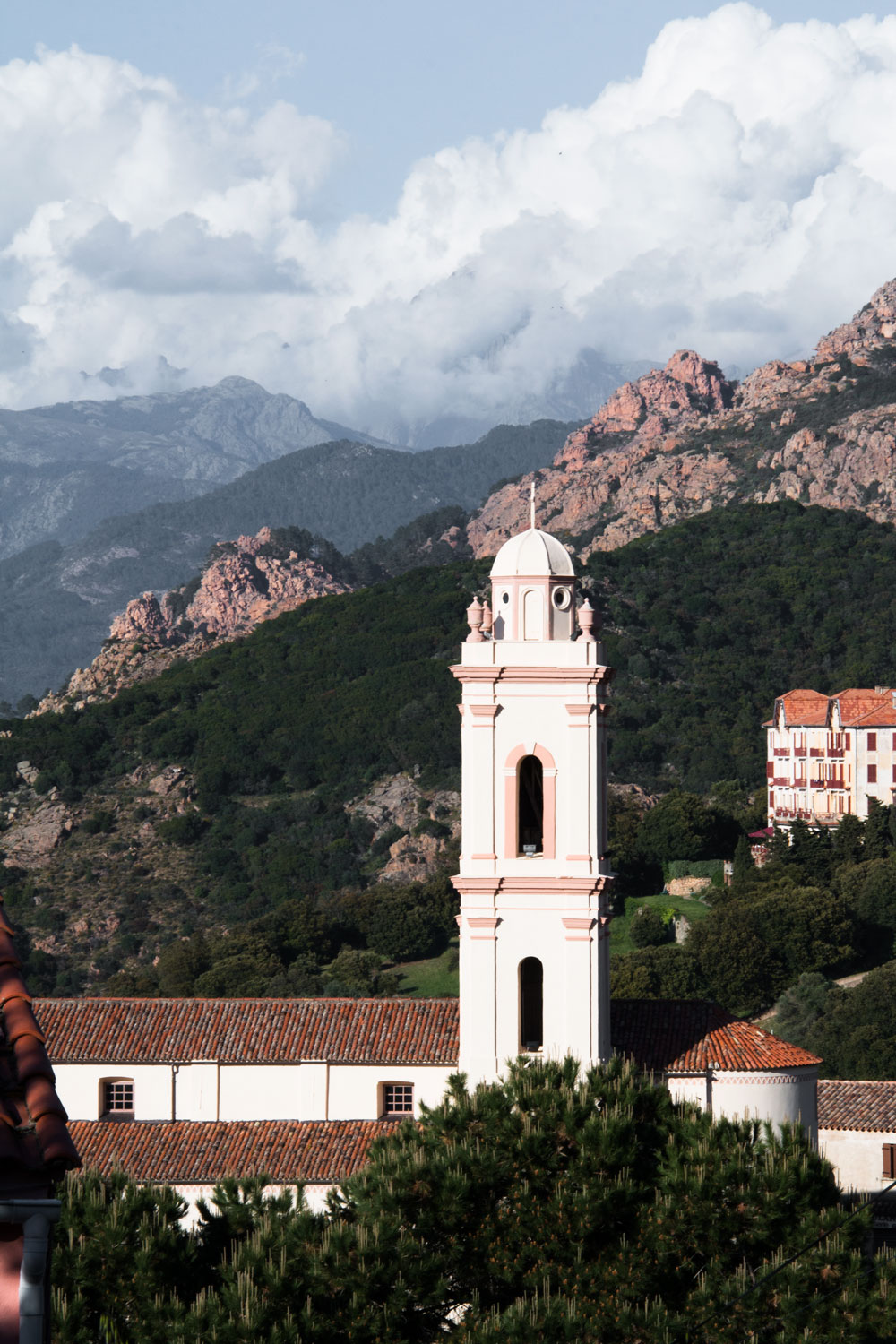 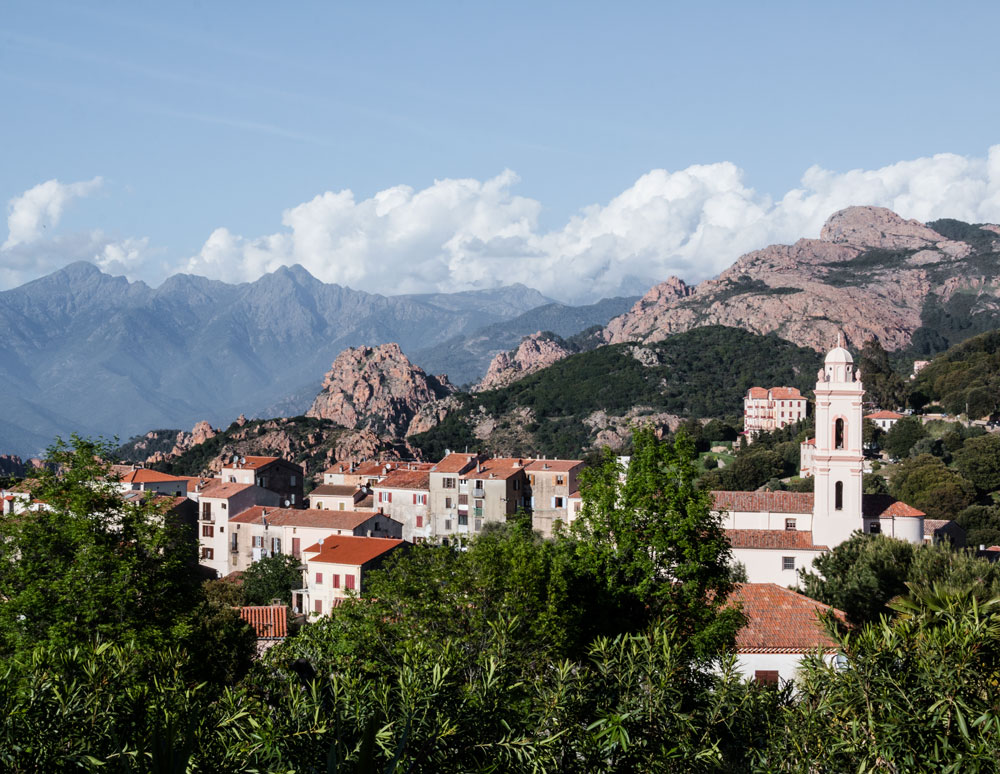 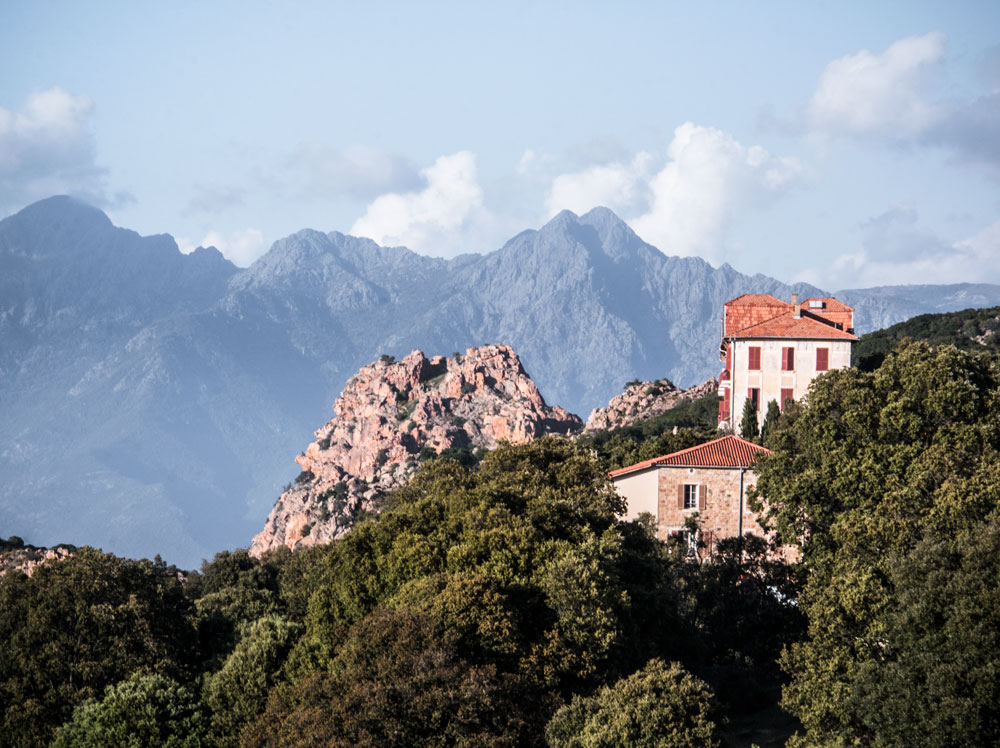 Our hotel was the building on the top. It was quite nice to open the shutters to see this view in the morning! 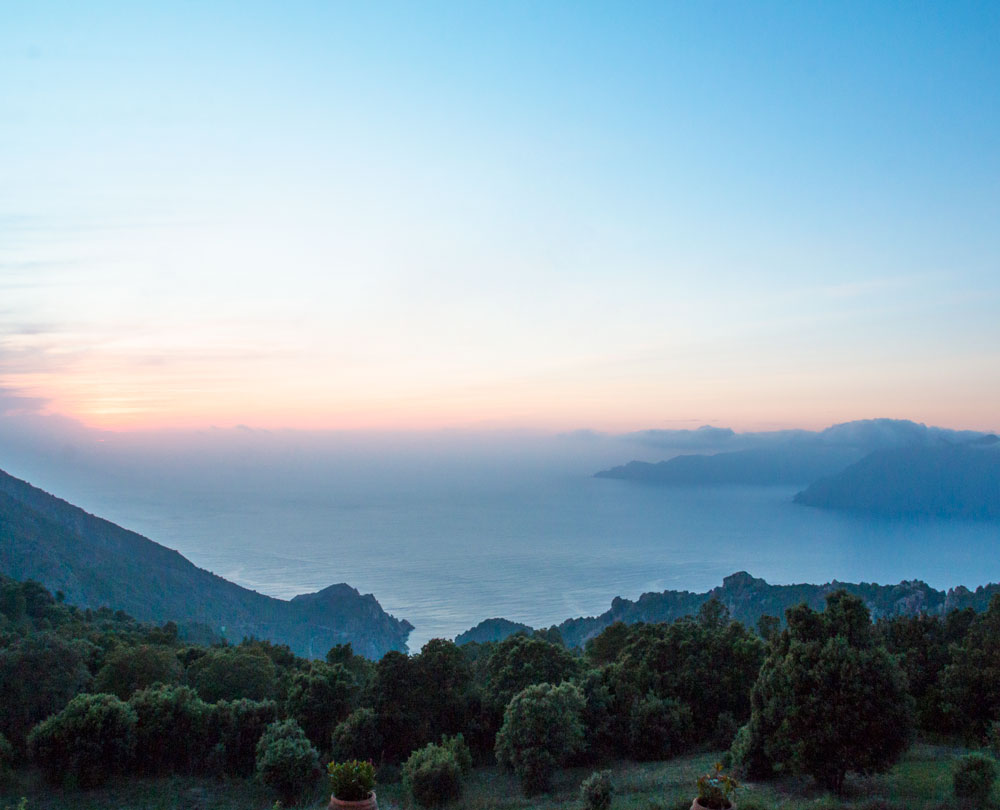 In the hotel restaurant we were served steaks, seafood and delicious desserts while we watched the sun set over the ocean and color the sky in pastel colors. Another wonderful day in Corsica had come to an end!

The next day we continued our trip to Porto – a small fishing village just below the steep Corsican mountains. This city is a perfect starting point for exploring the mountains. But first we went on a boat trip to see Les Calanches from the water side. And what a waterside! We sailed along the red rocks and into caves with the clearest turquoise blue water. After the trip we had lunch with the most delicious fish dishes at the La Mer restaurant. 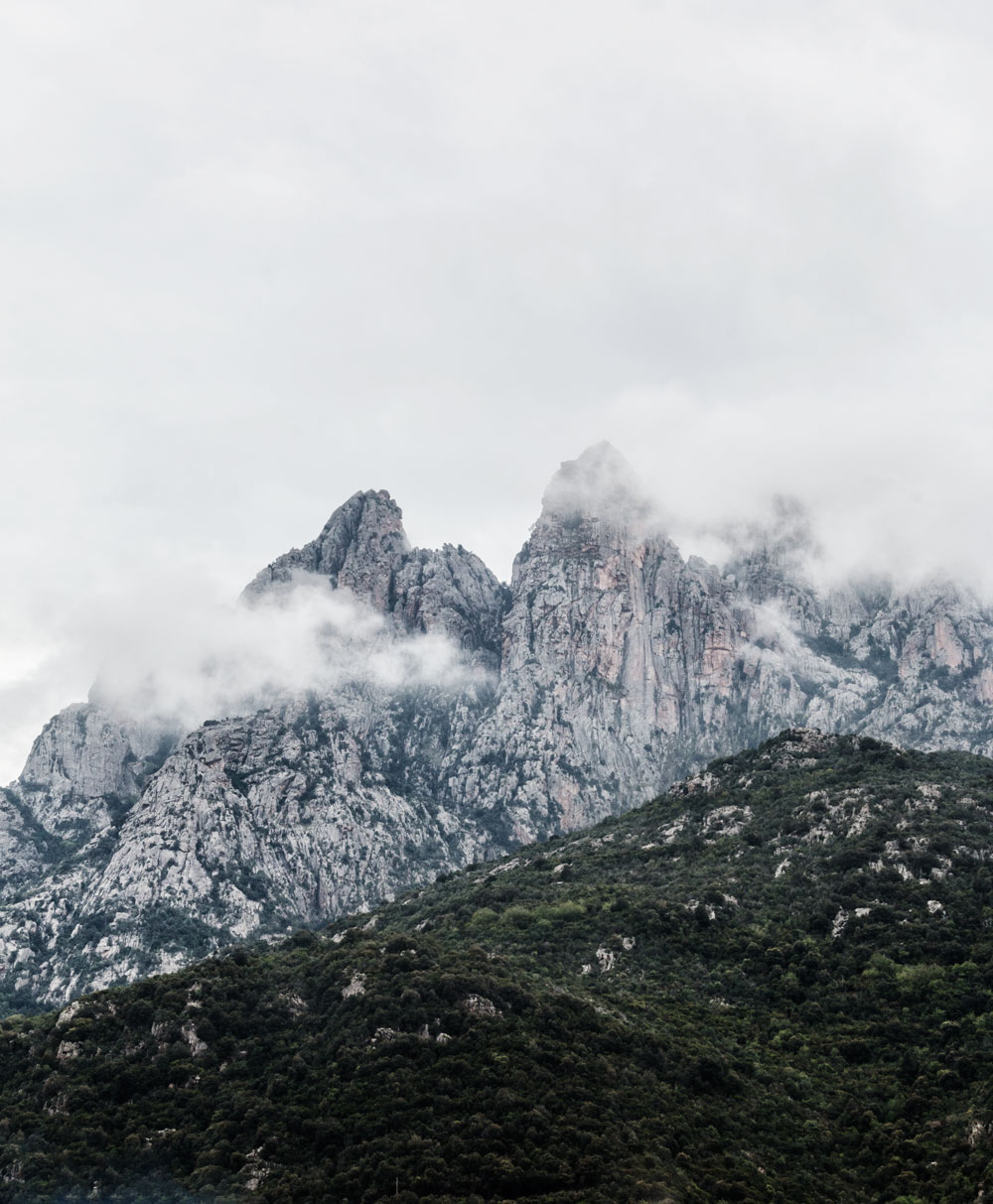 The steep mountains over the city of Porto 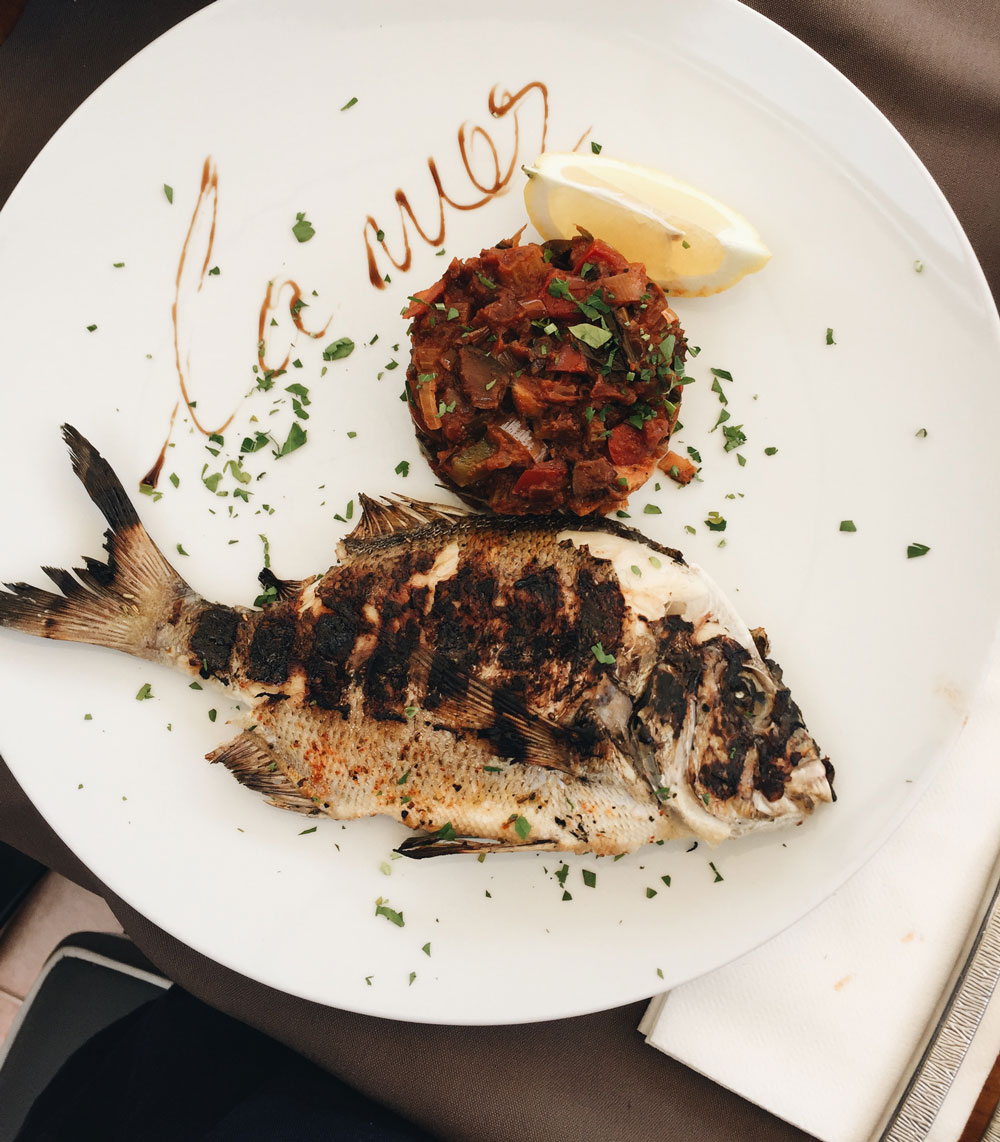 Over the Corsican mountains to the city of Calvi

Our journey continued into the mountains where we drove through large pine forests, past snowy mountain peaks and numerous pigs roaming free in the mountains! We were convinced that the reason why the meat tastes so good in Corsica is that the animals are happy and stress free. 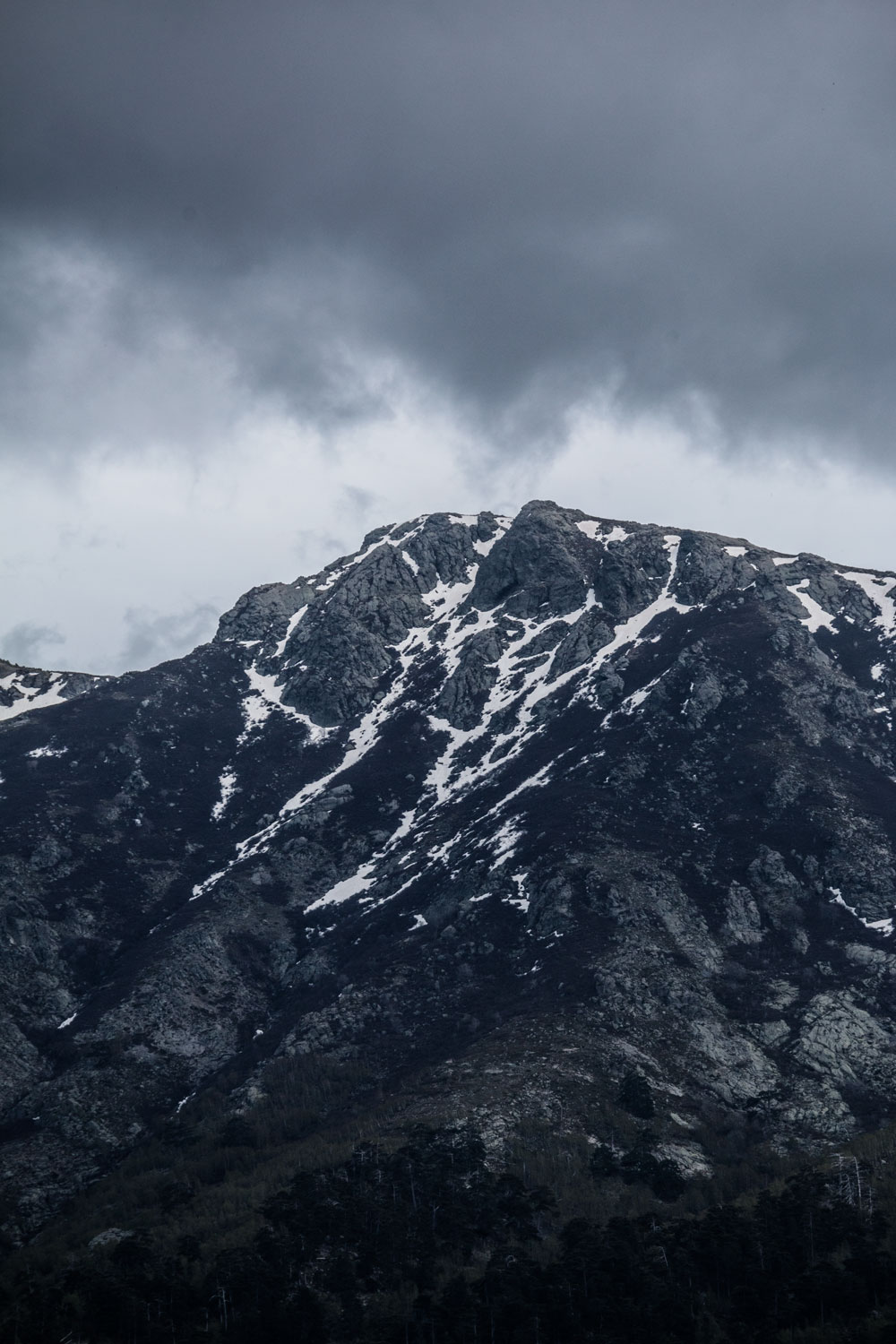 Snow on the Corsican peaks. In winter, up to two meters of snow can fall in the mountains and the island has several ski resorts. 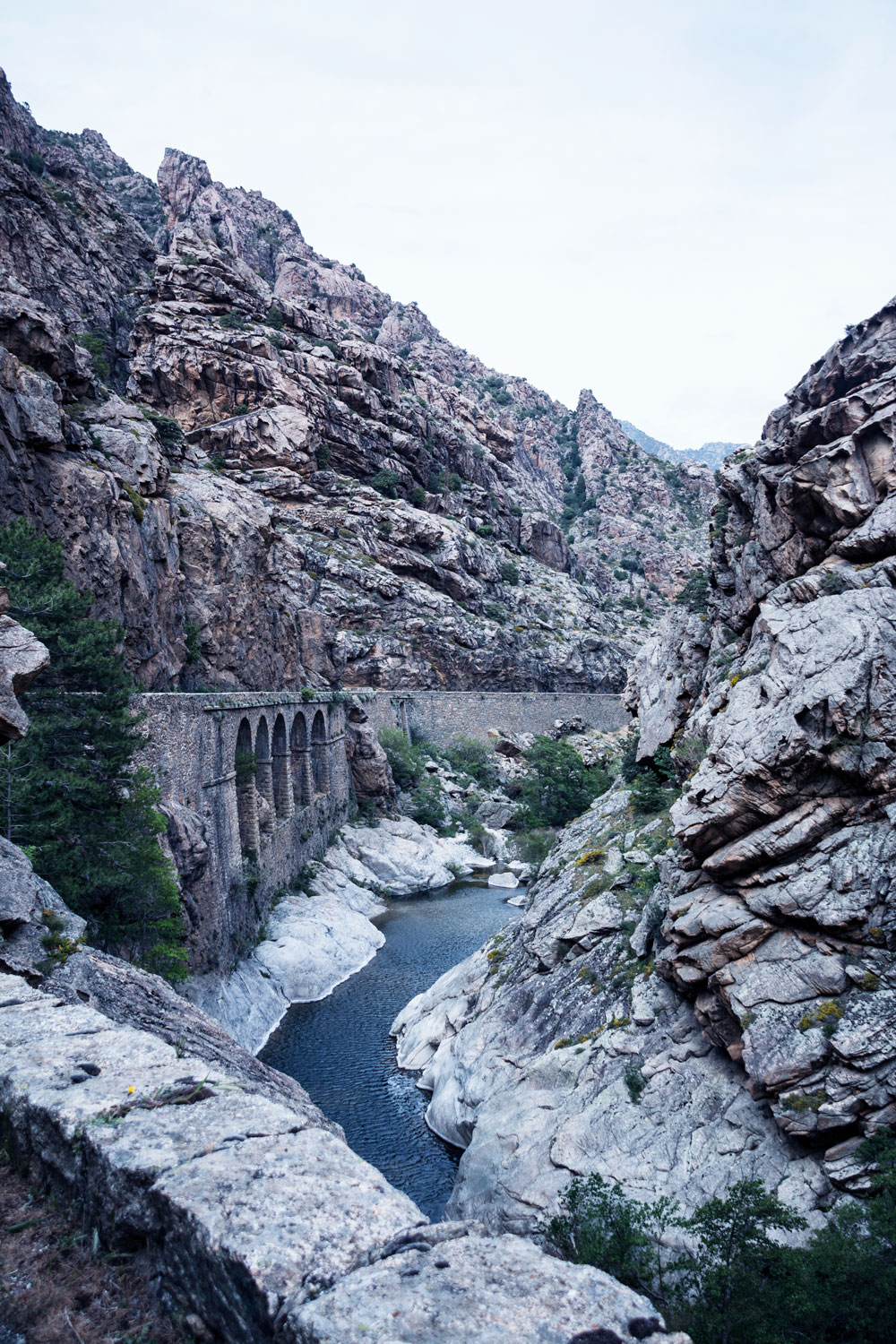 Our trip ended in Calvi at the five-star Hotel La Villa. Here we were served Corsican wine, foie gras, asparagus and fish in the hotel restaurant which has been awarded with a Michelin star. A very nice end to a fabulous trip around an island with many varied experiences. Only minus were all the beautiful places I did not have time to see! So many reasons to come back to the island in the future. 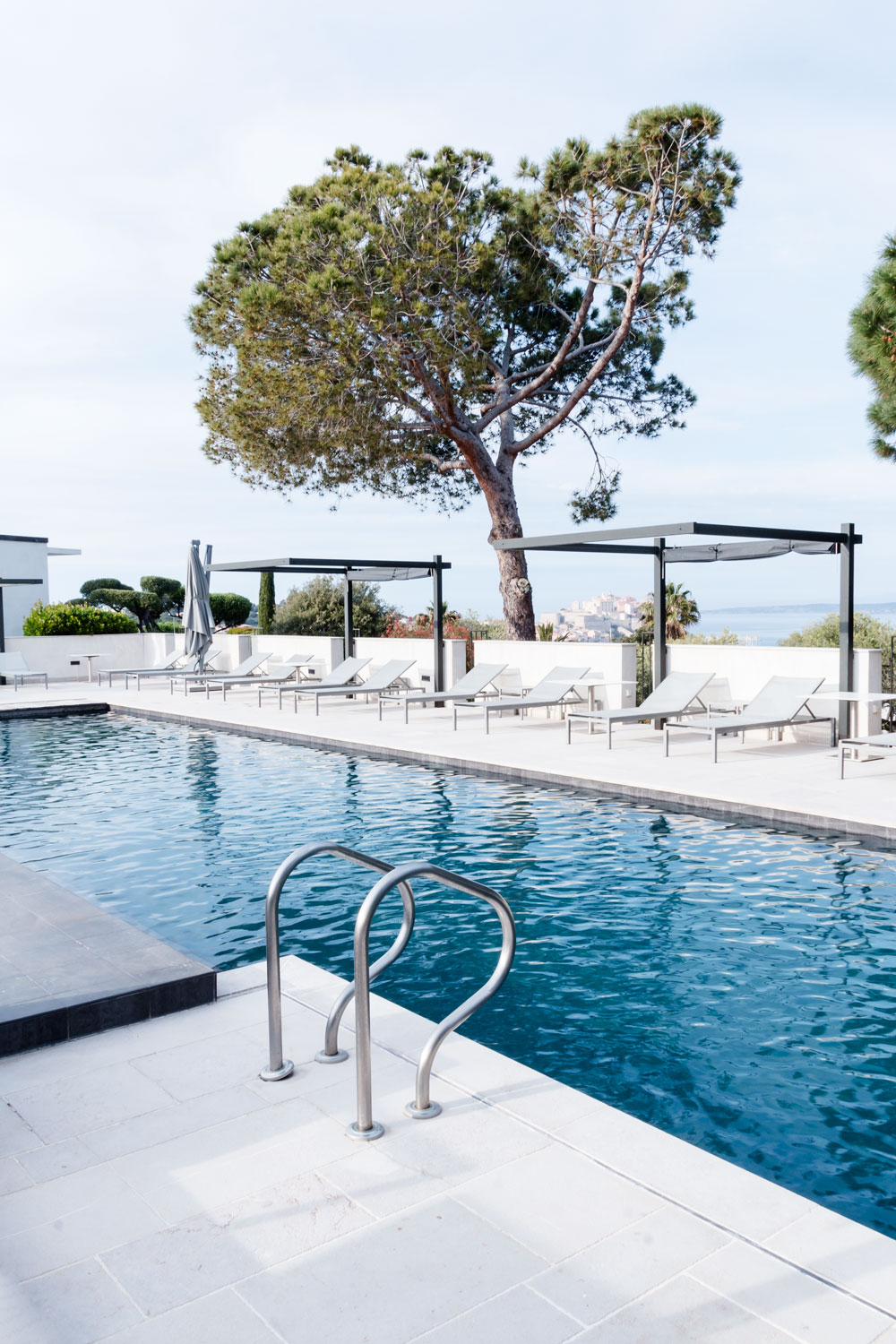 Our trip ended in a luxurious setting at Hotel La Villa

I love to travel off season. Our trip was in May which is the perfect month to go to Corsica. The temperature is around 22 degrees celcius like a pleasant summer day, everything is flourishing, green and lush. You can also visit the island in September or October where the weather is still warm. We often felt like we were the only tourists there and that makes the experience so much more authentic.

*This trip was a press trip organized by Atout France and VisitCorsica. 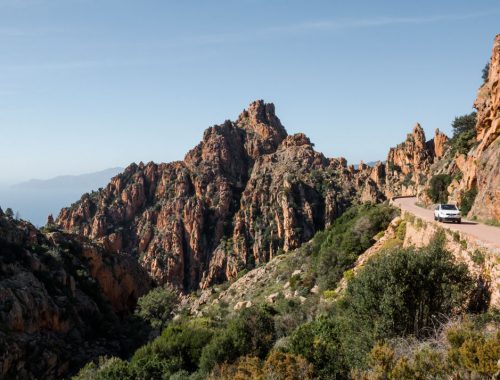 Road trip along the rocky west coast of Corsica