The Seven Sisters cliffs – a guide to the best viewpoints

The Seven Sisters cliffs in Sussex are a stunning nature attraction on the south coast of England. Perhaps you have heard about the white cliffs of Dover? The cliffs became a British national symbol during World War II, but the Seven Sisters are considered both whiter and more scenic than their cousins in Dover. And it only takes a couple of hours to get there from London. A great day trip if you want to escape the crowds of London for a while. 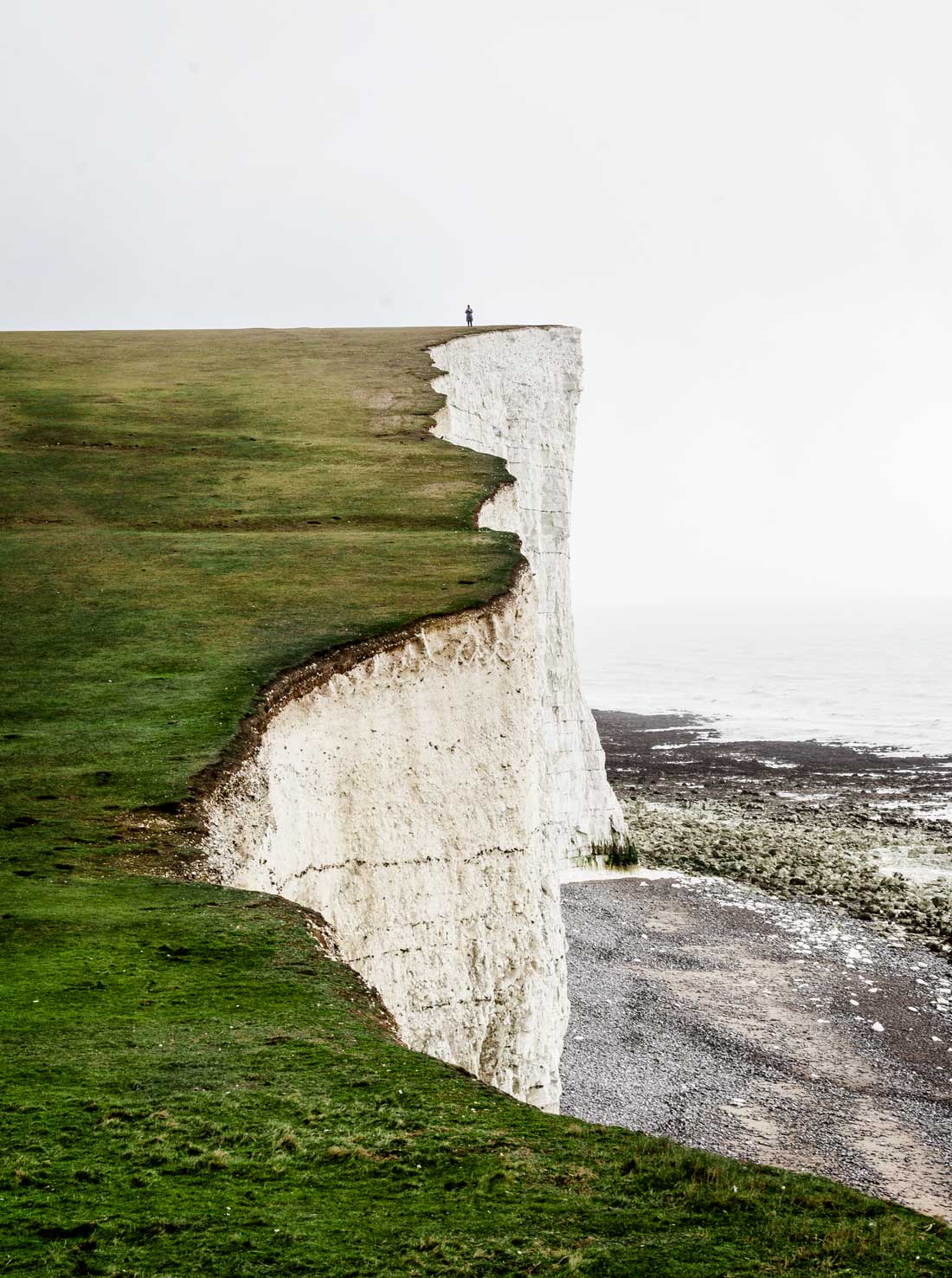 One of the best access points to the the Seven Sisters cliffs is The Seven Sisters Country Park. A pretty rural valley with trails leading down to the sea. At the entrance of the park you will find both a parking lot, a bus stop and a cozy cafe. From here you will have several options to explore the cliffs as listed below.

The best viewpoints at the Seven Sisters cliffs

Hiking along the edge
If you want to see it all from above, take the Country Park Trail (the green trail on this map) along the edge across the hills. The trail continues out of the park as South Downs Way and you can walk all the way to Beachy Head (google link) the tallest chalk cliff in Britain with its 162 meters. A trip of 12 kilometers.

The classic view
If you want to see the classic viewpoint where you can see all even sisters at once with the coastgard cottages in front, go to Cuckmere Inn and take the trail to Seaford Head Viewpoint. Walk up the hill behind the coastguard cottages.

A walk on the beach
If you want to go straight to the beach, as most people do, choose the beach trail. Here you can get close to the giant chalk cliff, but not really see the coast as a whole. 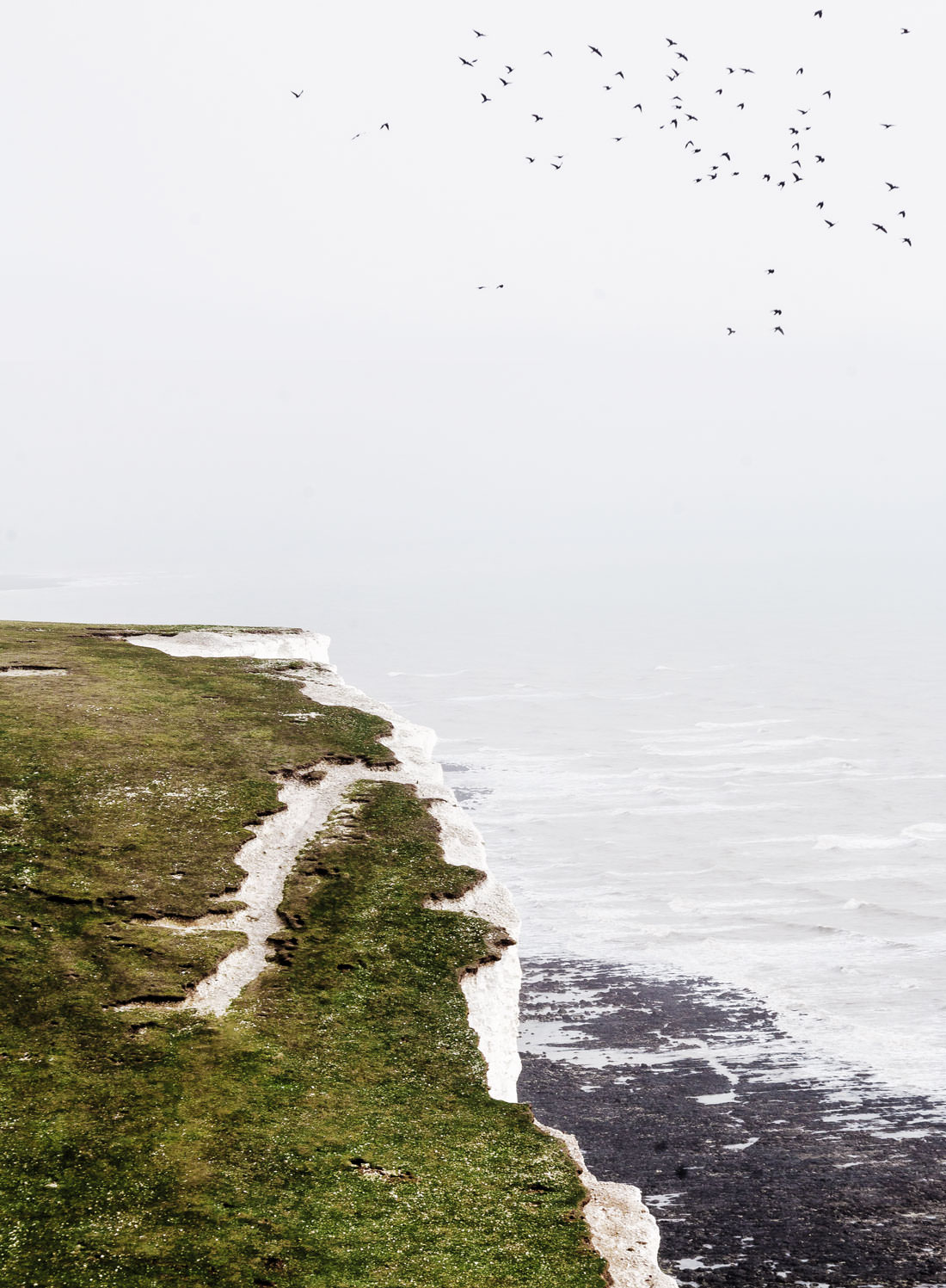 Walking along the Seven Sisters cliffs

Once I arrived in Brighton there was a thick layer of fog surrounding the coast. I really feared I had come all this way without being able to see anything. But luckily it wasn’t all that bad once I arrived at the cliffs. But I did chose to skip the walk to the Seaford Head Viewpoint as I probably wouldn’t be able to see the cliffs at such a great distance through the fog. Instead I chose to walk along the edge of the cliffs. Here I could see the cliffs much closer and better through the fog.

The trail starts right across the road from the parking lot at the entrance of the Seven Sisters Country park. It goes through the lovely Cuckmere Haven Valley. Along a stream and past grazing sheep and windwept trees. Right before it reaches the sea it turns to the left and goes steeply uphill.

The walk was insanely beautiful. Walking up and down the hills with breathtaking views every time I reached one of the tops. The hills are also pretty steep so you definitely have to be reasonably fit to walk it. Every time I stood on top of a hill I was so tempted to see what was behind the next, and so I ended up climbing four out of seven sisters. The trail along the edge continues all the way to Beachy Head – which is the last and the tallest of the cliffs. I kind of regretted that I hadn’t made time to walk the whole distance. By the fourth hill I had to return and head back to the bus stop.

In the end I felt that the fog only made my photos better. I actually really like that mysterious mood that fog brings to a photo. 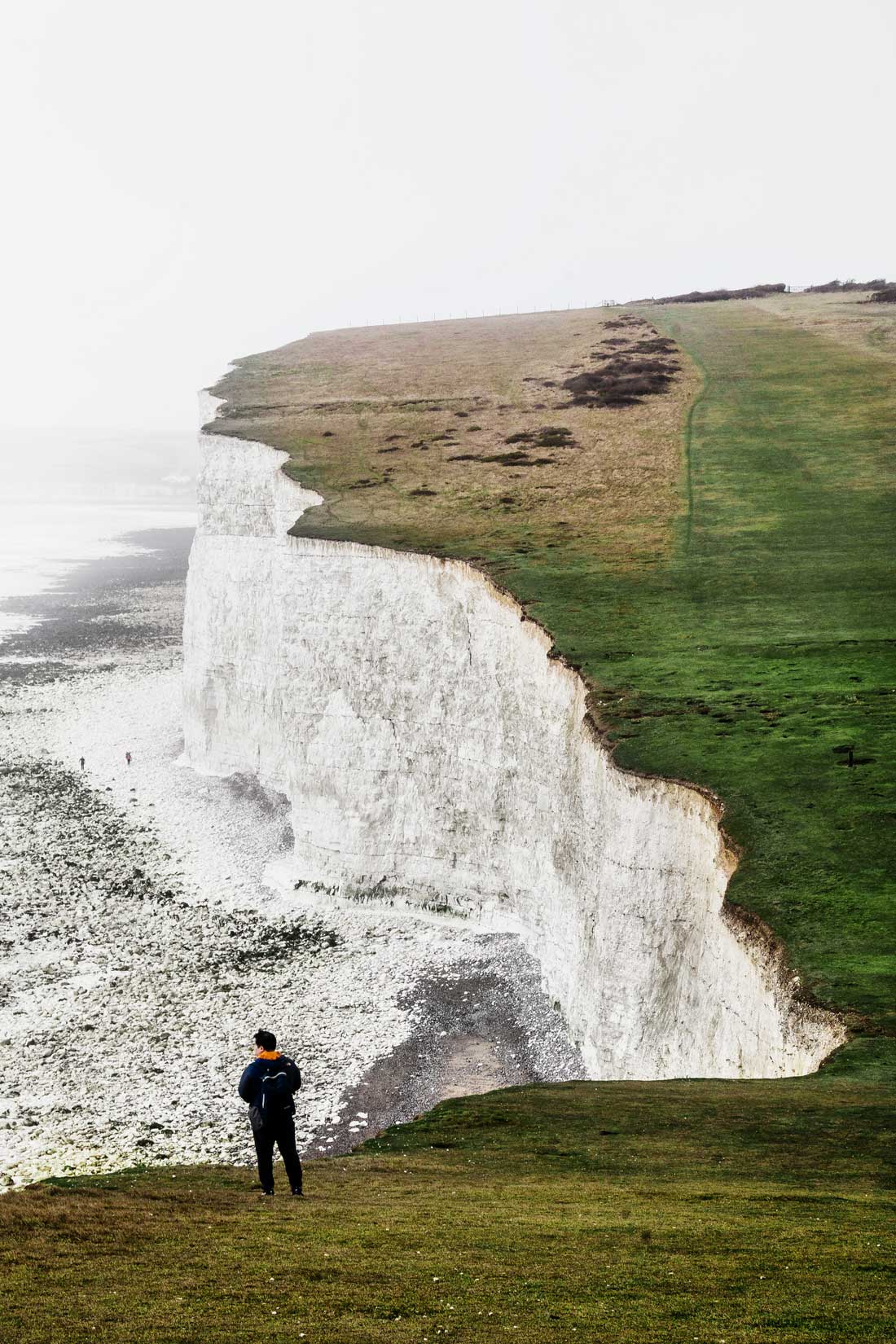 If you want to go straight to the cliffs from the airport then choose the airport Gatwick south of London. From here you will have easy access to train and busses going to Brighton (50 minutes).

If you are traveling from central London the fastest way to get to Brighton is to use the Gatwick Express train that runs from the station London Victoria.

In Brighton take bus 12x (40 minutes) departing every 10 min. Get off at the Seven Sisters Country Park bus stop. From here you have a 1 1/2 km walk through the park and the Cuckmere Haven Valley. A pretty rural landscape with sheep, streams and birds.

You can of course also get there by car. There is a parking lot right next to the entrance of the Seven Sisters Country Park. From Gatwick Airport the drive takes app. one hour – from London at least two hours.

Bus from Gatwick to Brighton

Train from Gatwick to Brighton

Train from London Victoria to Brighton

If you take the train from London to Brighton and plan to travel around England by train for 3 days or more, you can benefit from buying a Britrail England Pass

and save money and hassle. With the ticket in your pocket, you can travel unlimited in all trains across England. The ticket is only available for tourists not living in the UK and can be prebooked via this link.

It is not possible to buy the ticket once you are in England so remember to pre-order. 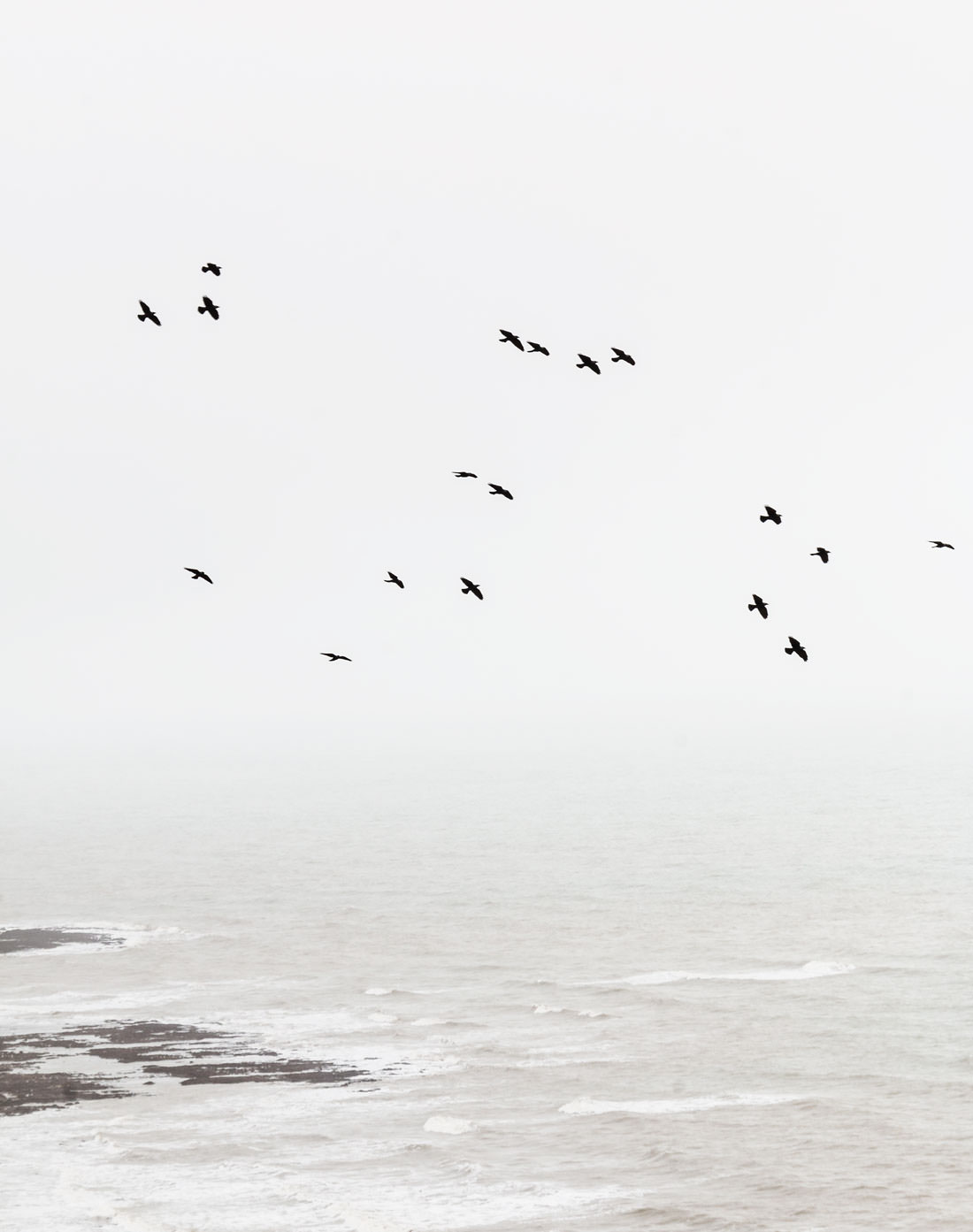 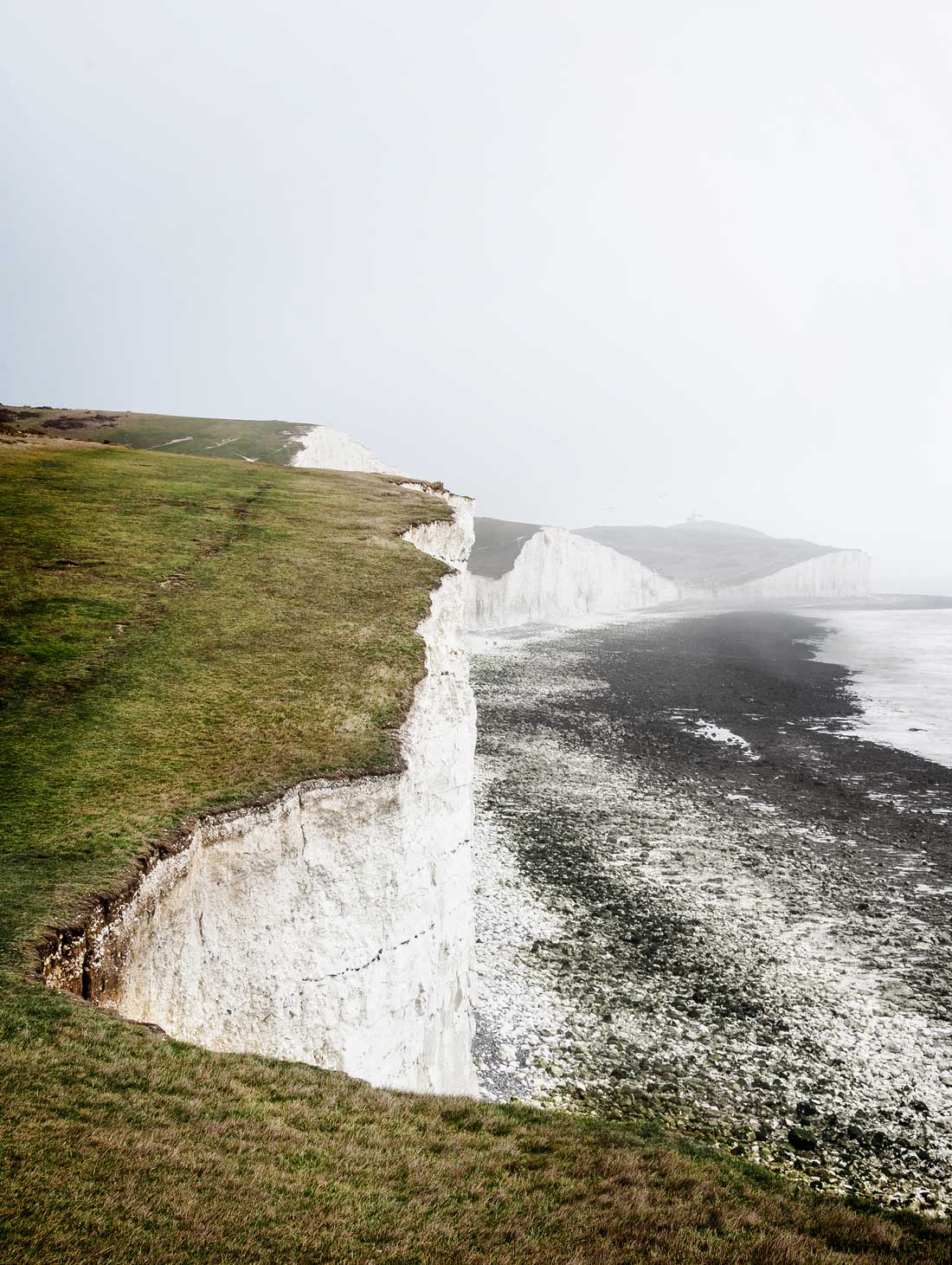 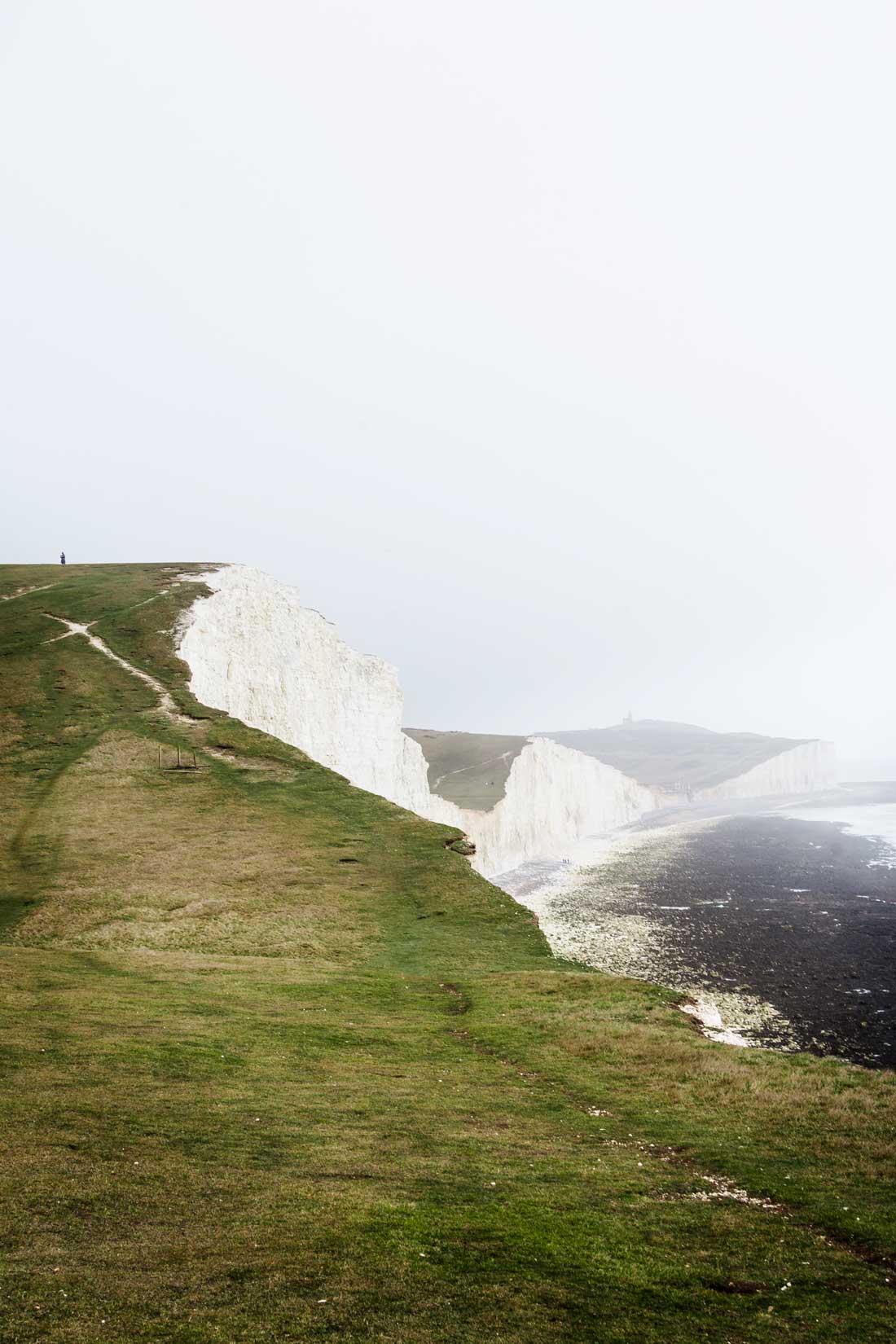 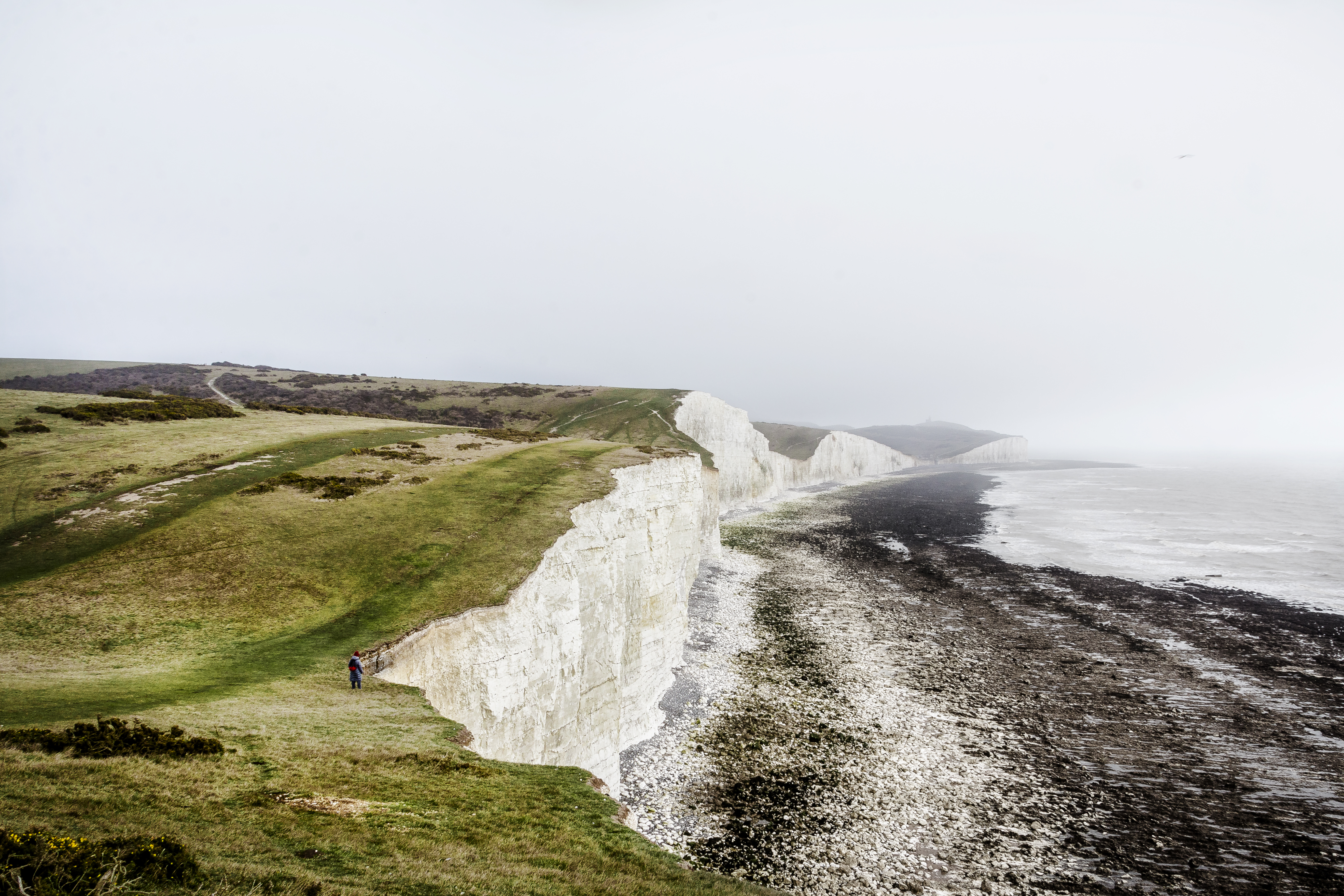 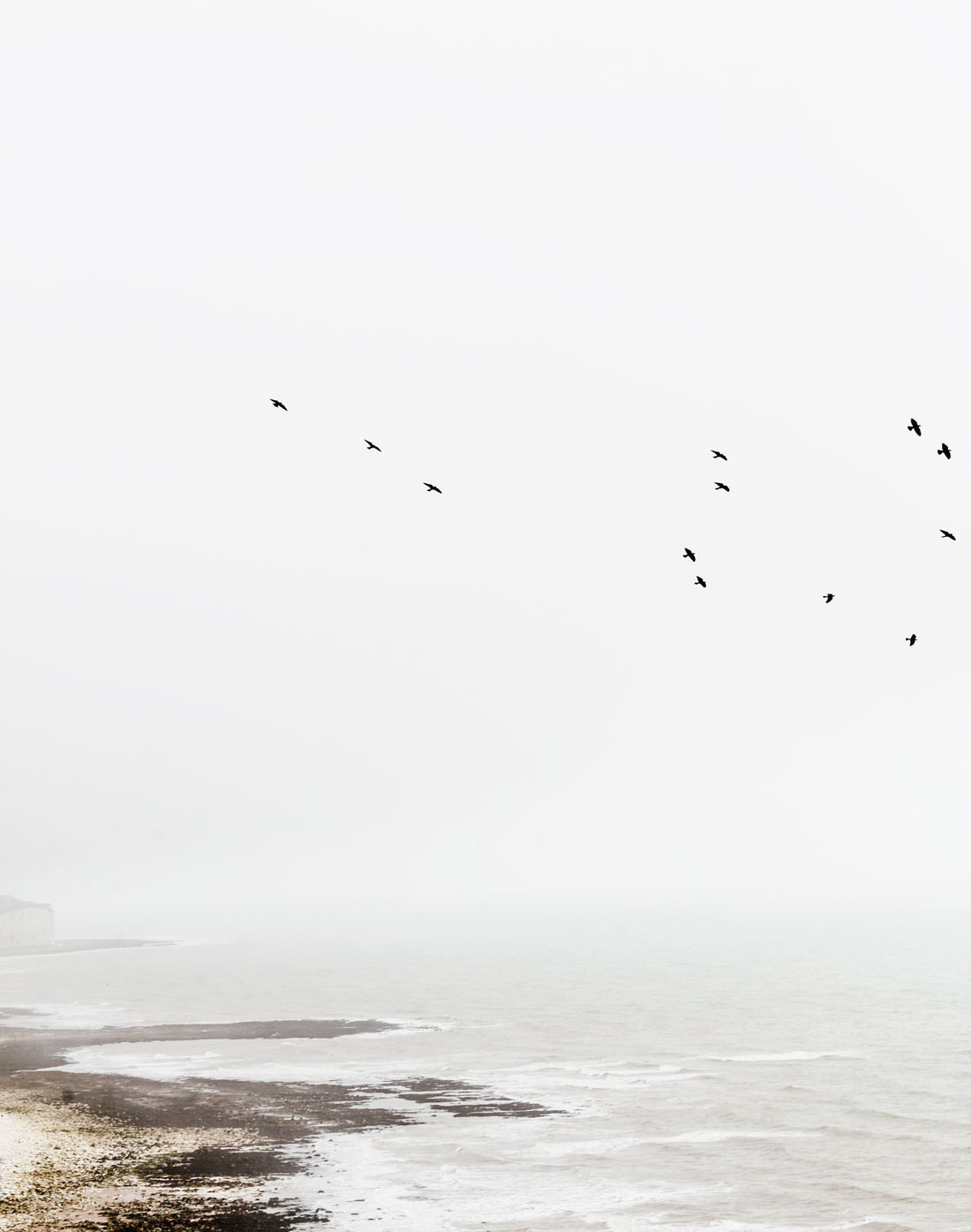 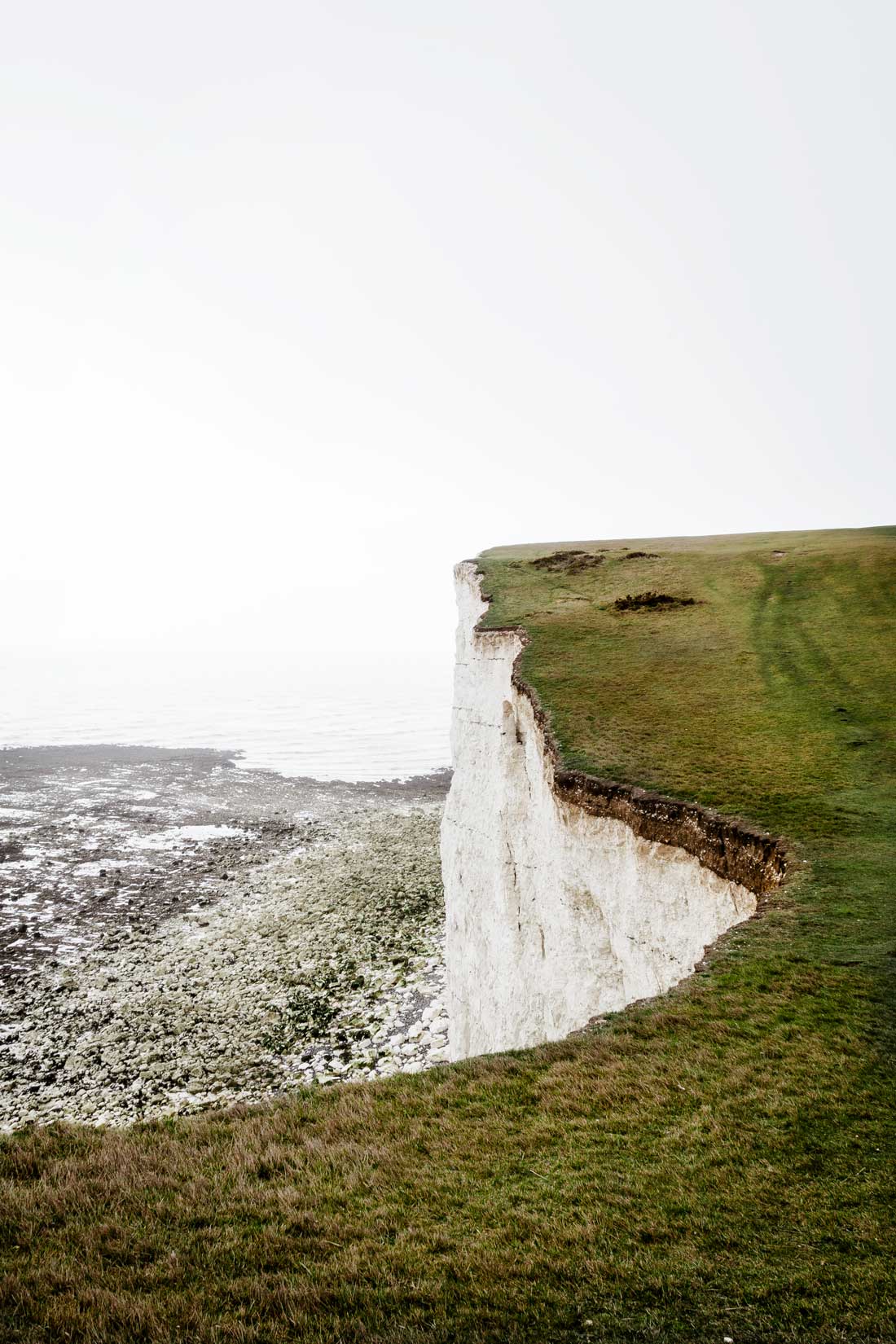 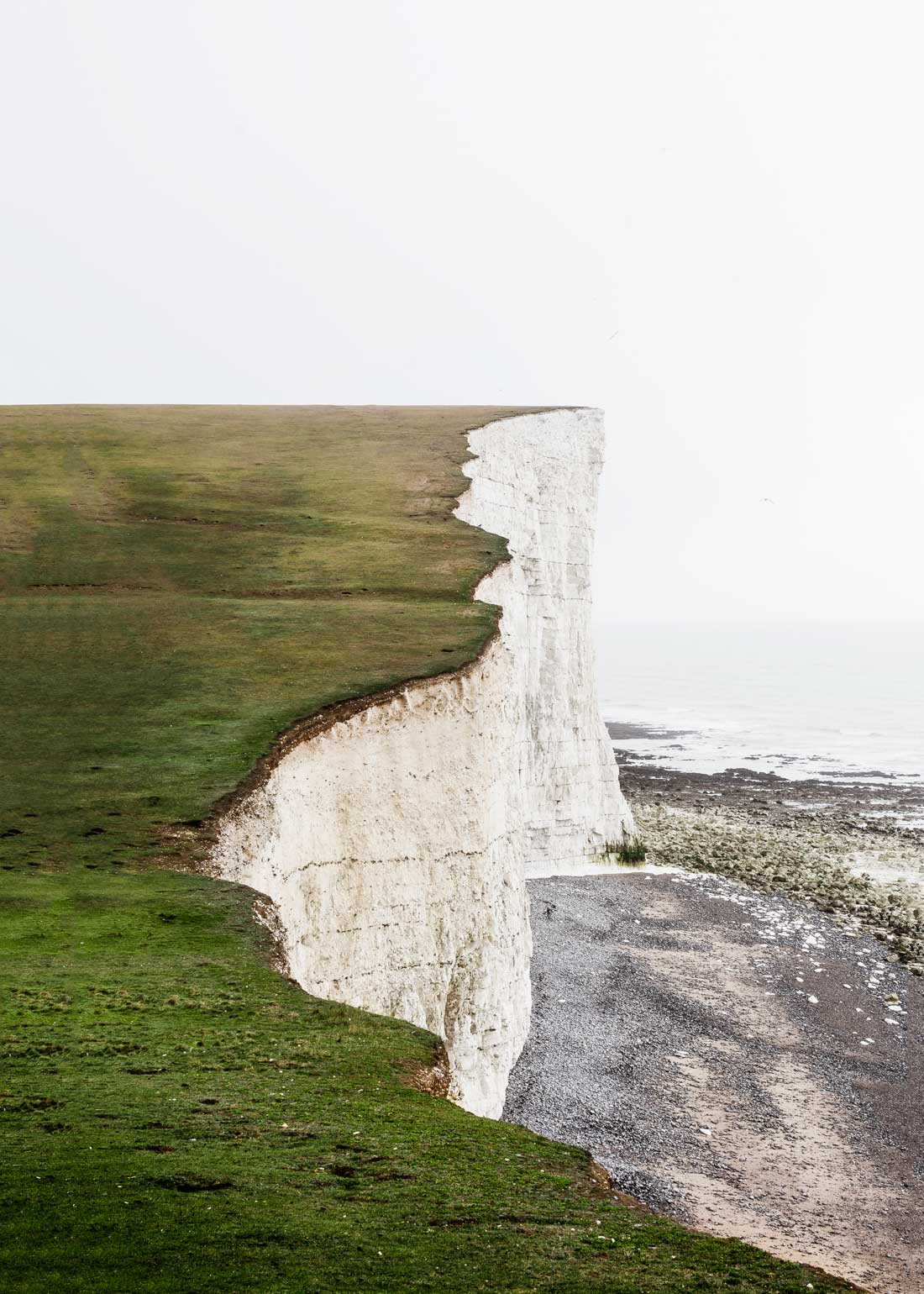 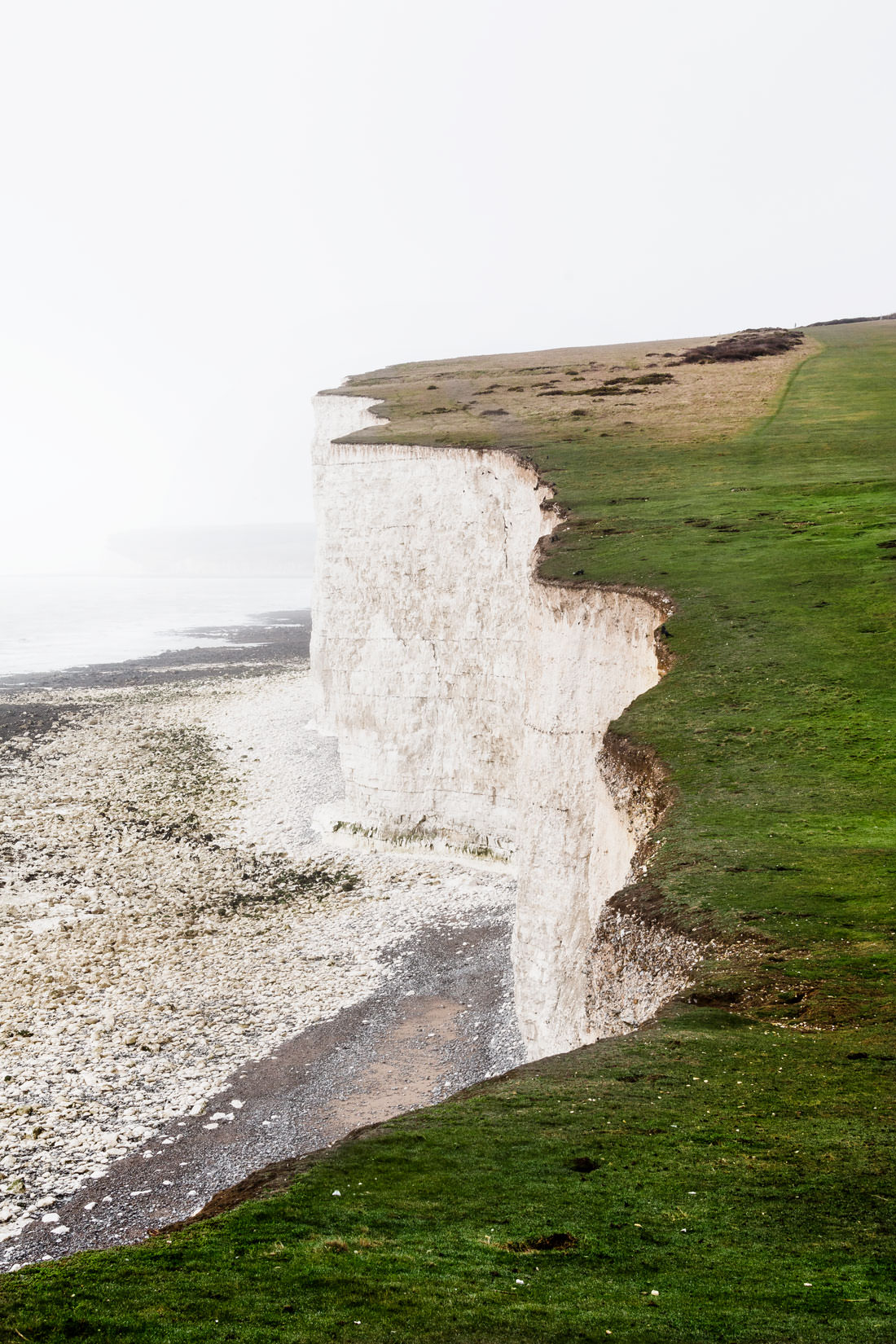 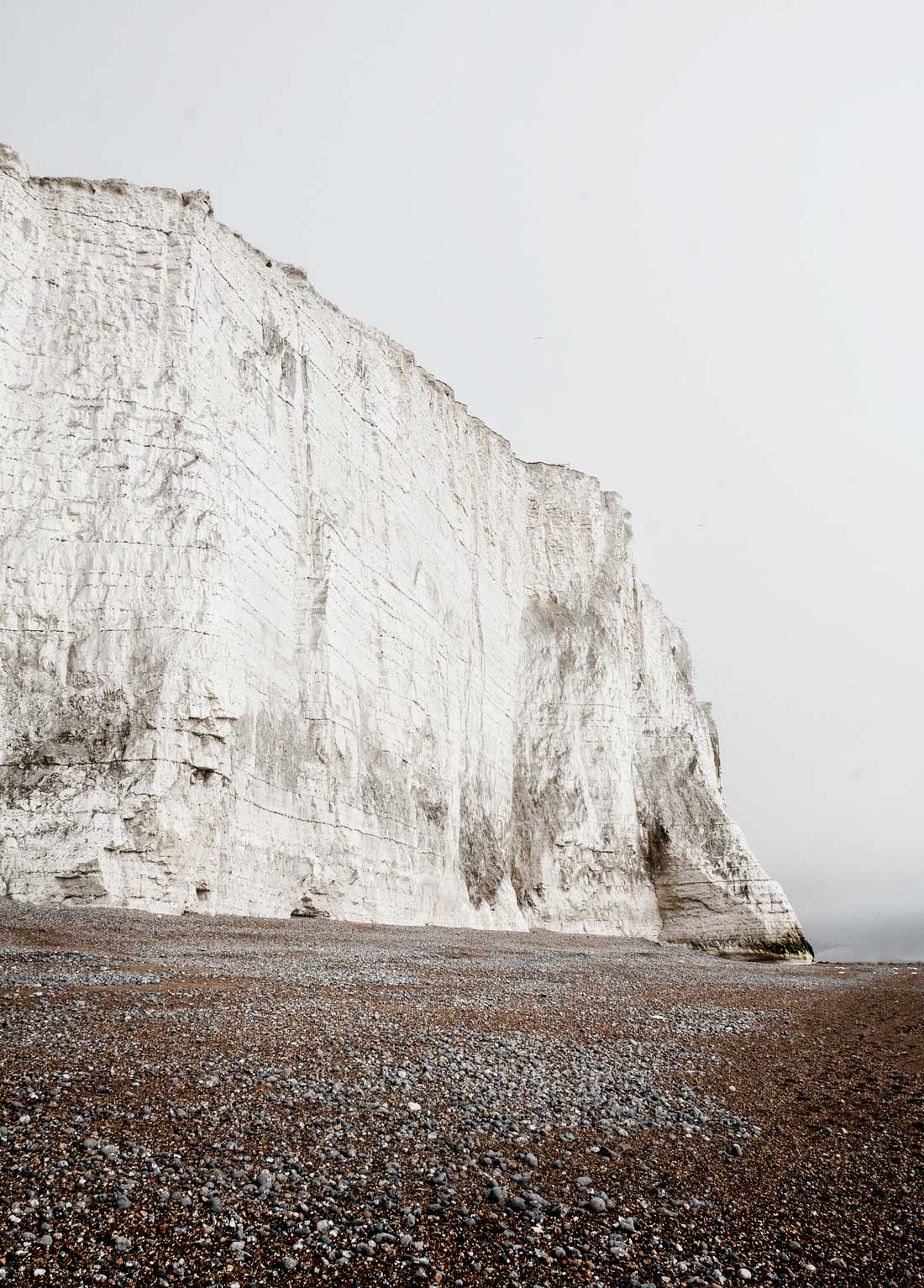 After my trip along the cliff edge I ended up on the beach where I could see the impressive cliff up close. 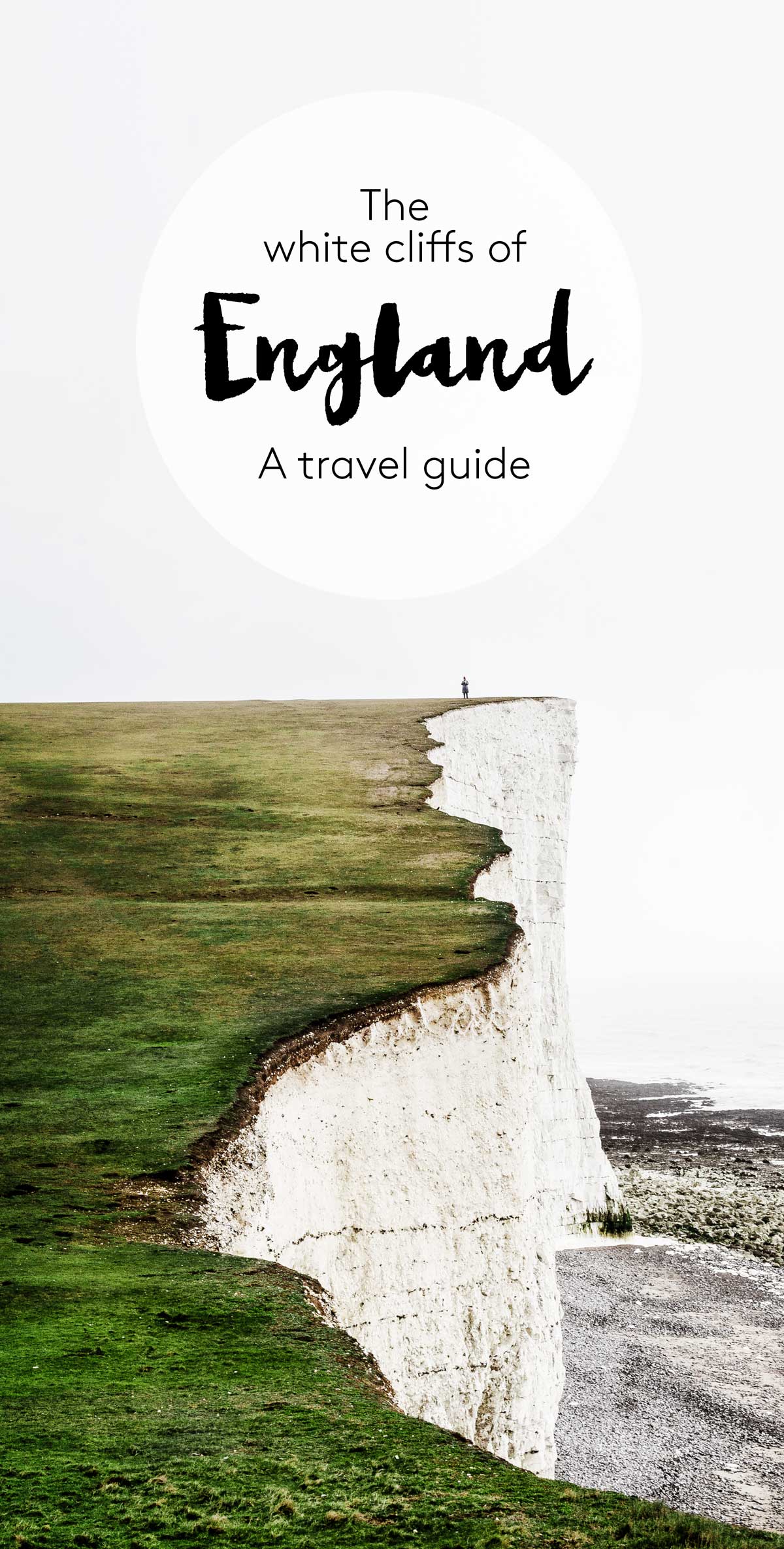 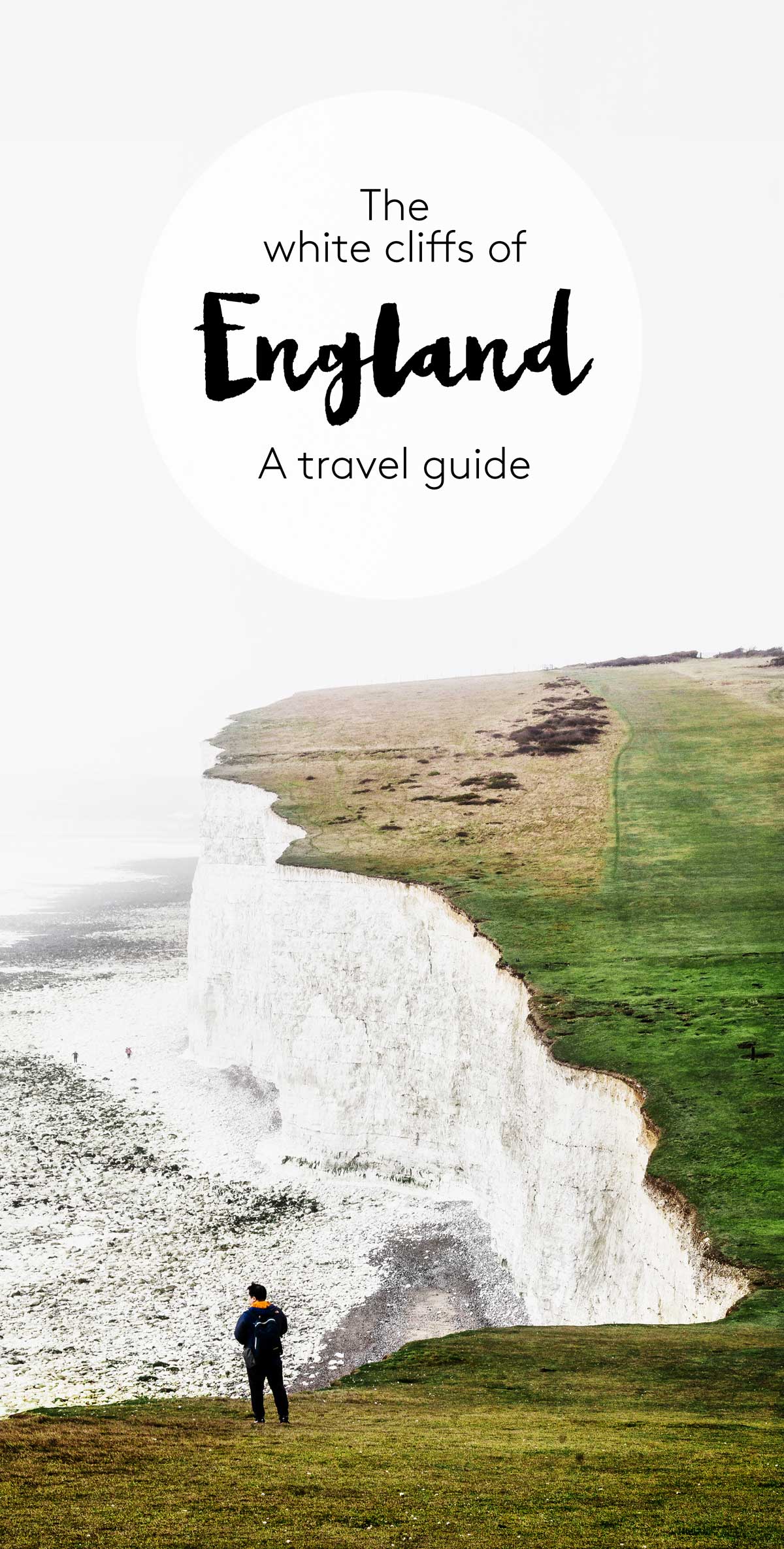 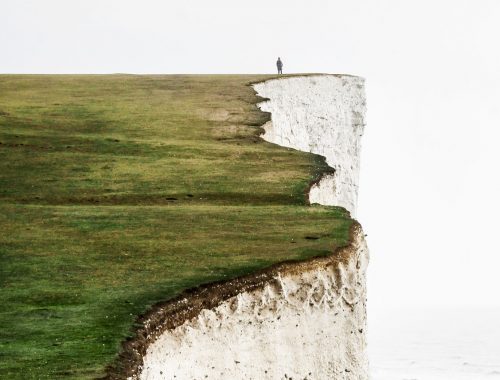 The Seven Sisters cliffs – a guide to the best viewpoints 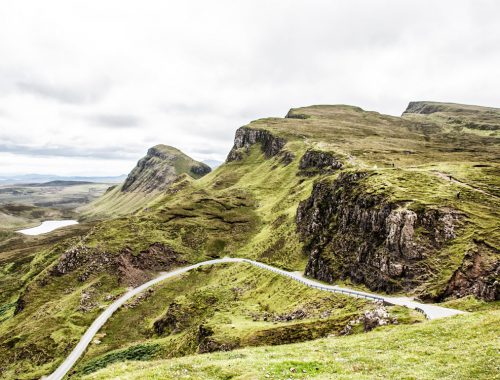 Scotland and Isle of Skye with train – a travel guide